The Wick Studios in Brunswick – better known to crusty Melbourne rockers as the old Dane Centre – recently hosted a full house of Midas Pro Series consoles for three days of industry and student training. The full line-up was represented with the Pro9, Pro6 Pro2, Pro2c, Pro3, and the Pro1 all available for hands-on mixing with a live multitrack recording running to all desks via their AES50 network. 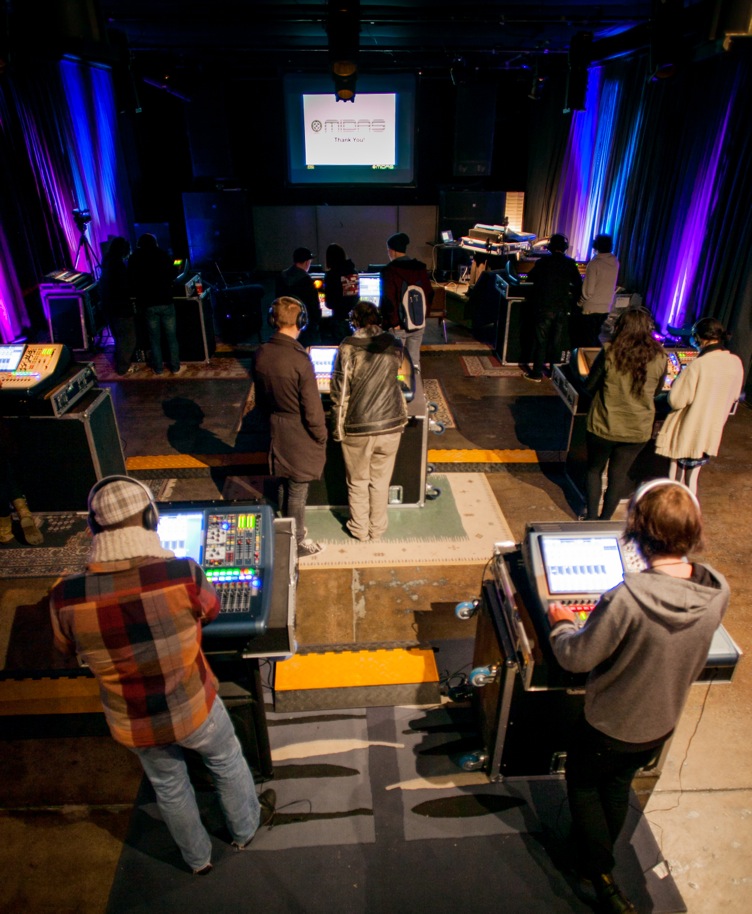 The major training event originally started as the request of Bek Varcoe. Bek is a system tech and engineer who also teaches production at Victoria University’s TAFE division in Yarraville. She regularly approaches production companies, distributors and other industry bodies to provide valuable real-world training to her students. 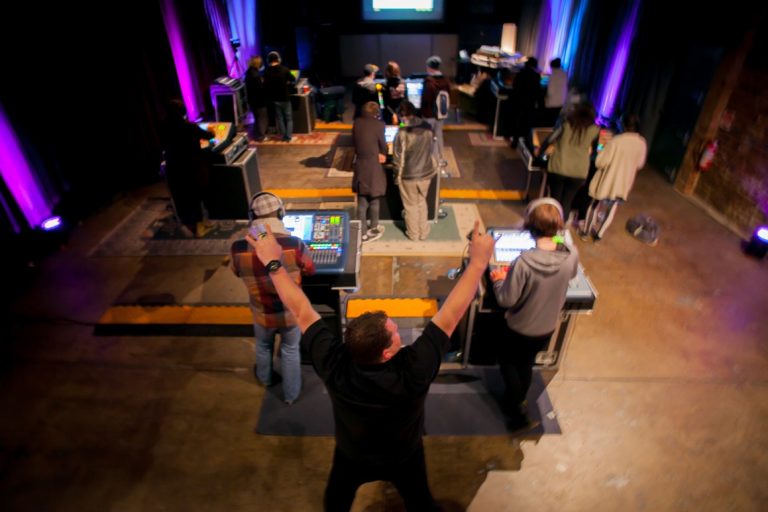 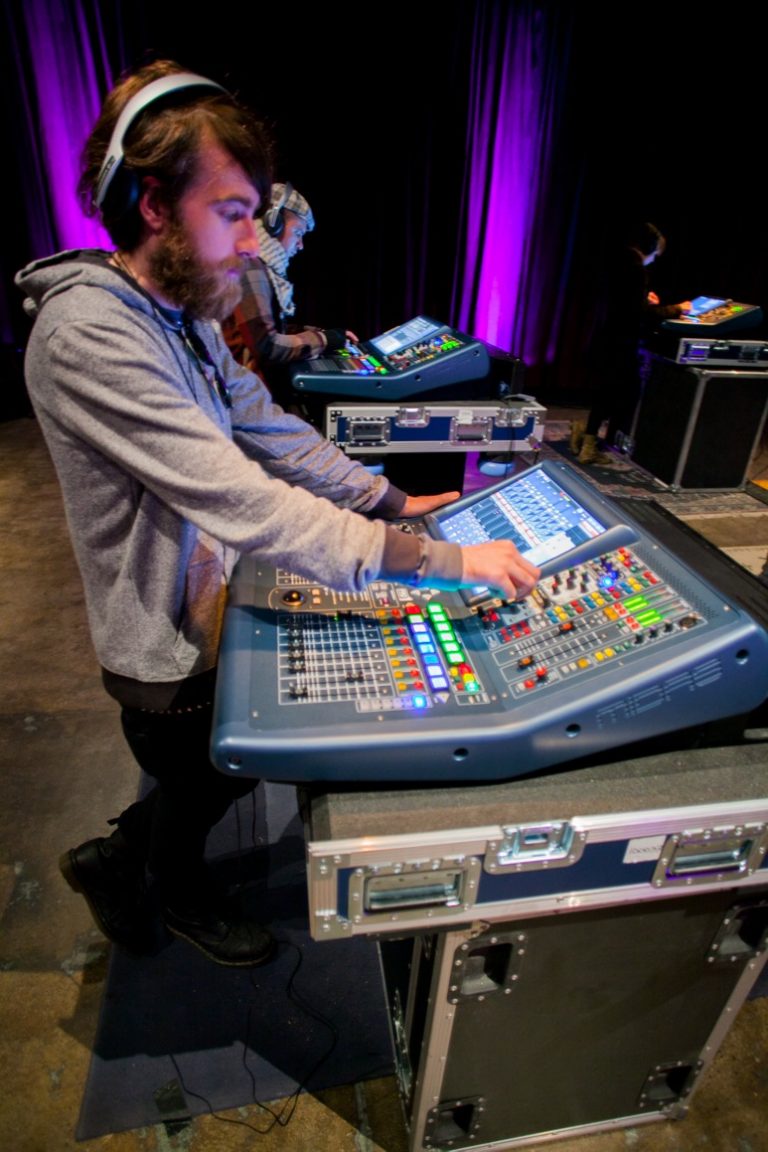 Having system teched with Midas Pro Series at festivals, Bek also noticed there was need to provide training to professional engineers too. “We’d have a Midas Heritage and Midas Pro Series set up”, explained Bek, “and we’d have engineers that would say ‘I’d love to use the Pro, but I know how to use the Heritage’ and then ask if there was any training available. That got me thinking about organising this event” 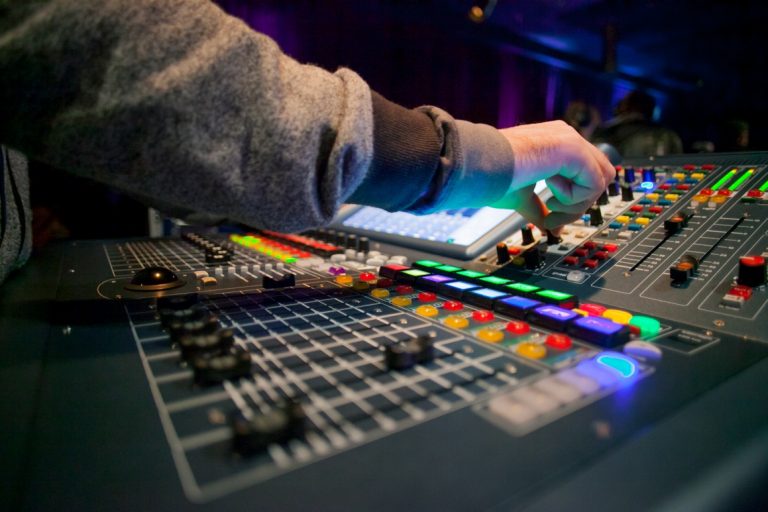 She contacted National Audio Systems and her friends at The Wick. NAS provided the consoles and the tutors and The Wick donated (a very tastefully lit) the space. The training was launched on Facebook and the response was so overwhelming that it ended up running twice a day for three days, with the same course delivered to the students as the professionals. 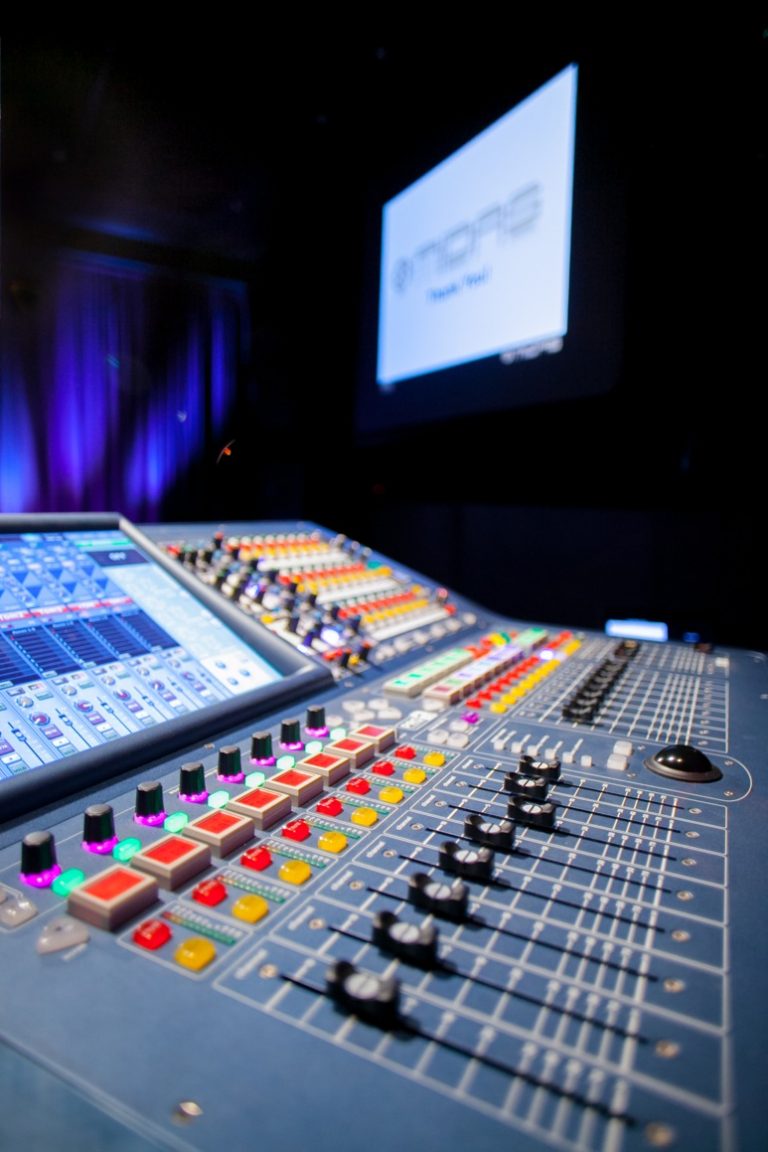 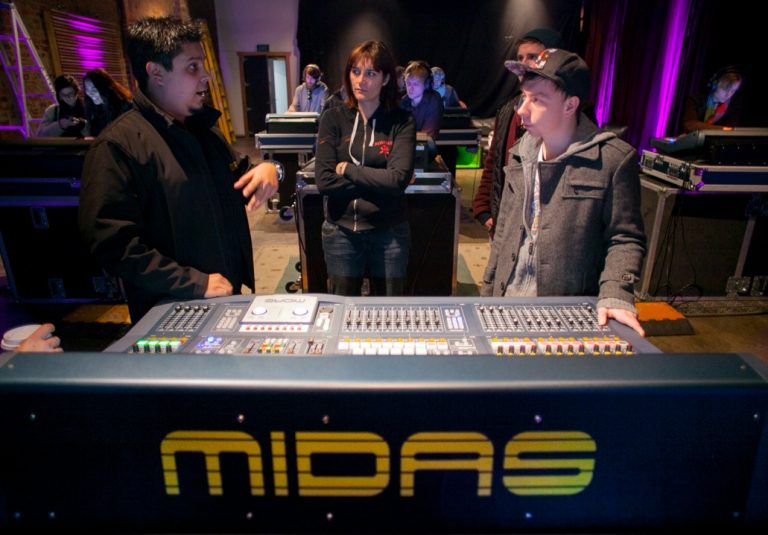 National Audio Systems’ Dave Jaques and Brian Vayler were on hand to guide pros and students alike through everything you need to know to get a mix up on a Pro, from patching through to channel EQ. After the formal tutorial, both Dave and Brian went one-on-one with attendees, answering specific questions and sharing their knowledge. 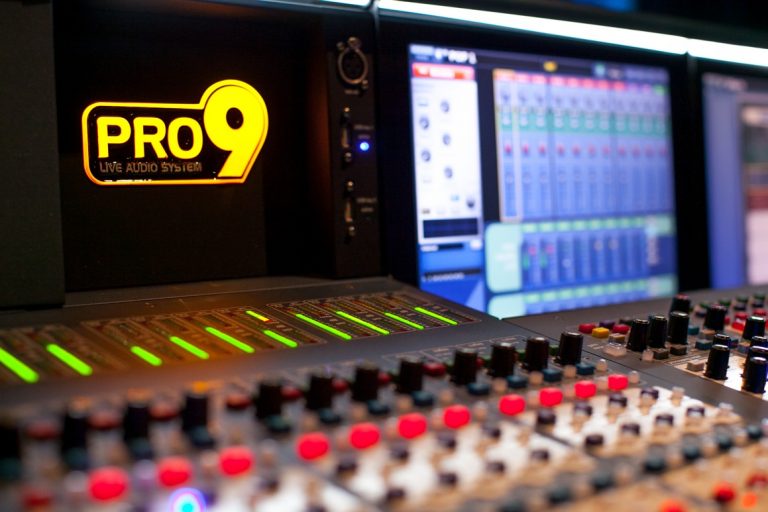 “We’ve never had this many Pro Series in one room!” said Dave. “We’ve now had upwards of 50 people come through in the last three days and do the course. We’re looking at rolling this out across the nation, so we’ll be definitely be running more.” 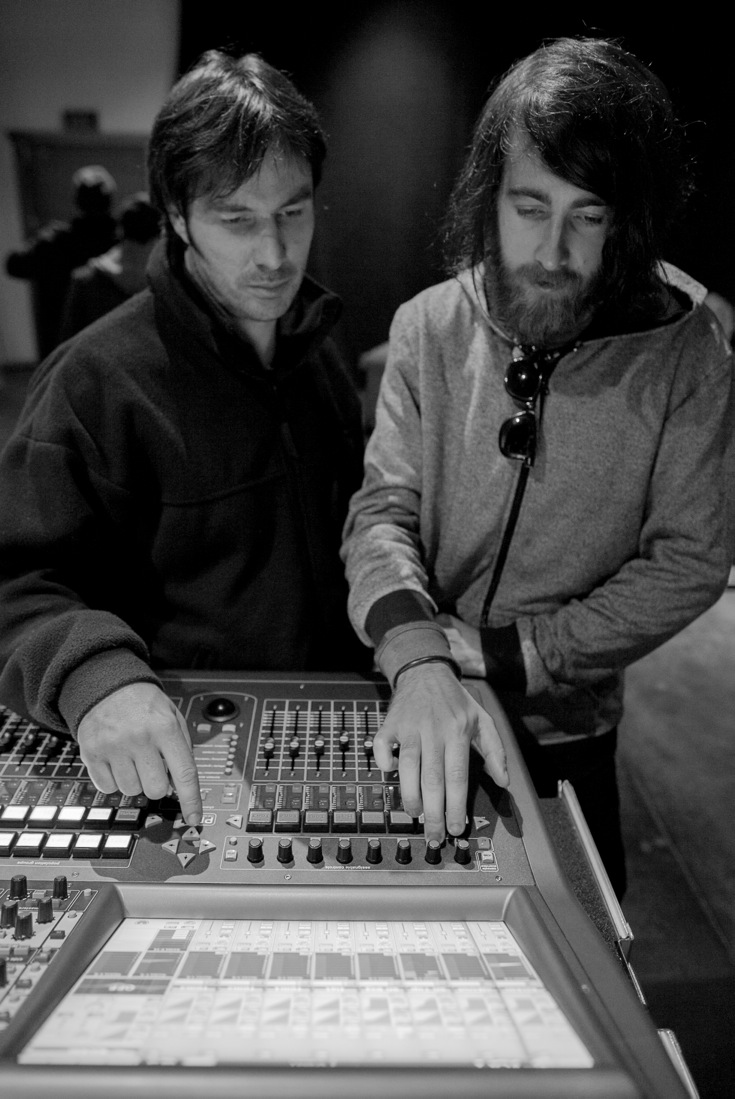 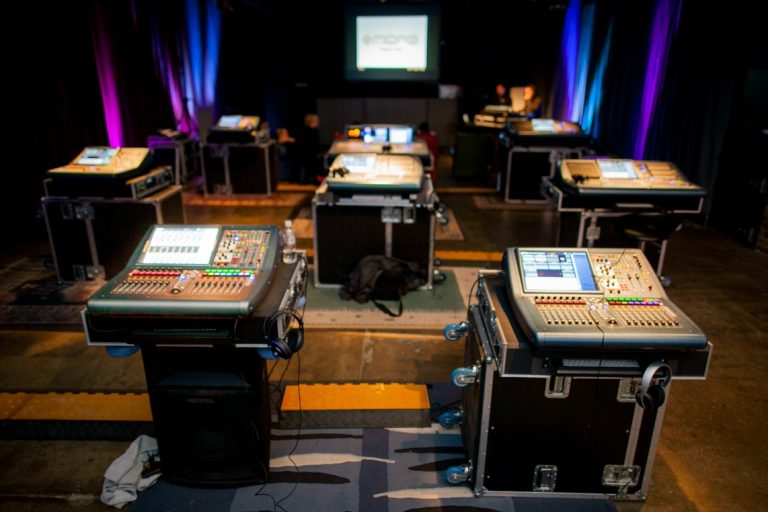 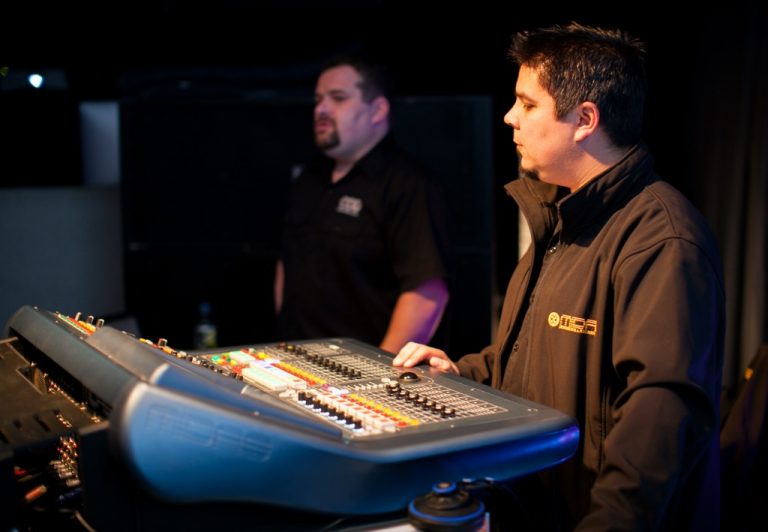 Many thanks to Wick Entertainment (www.thewick.com.au) and Forever Films (www.foreverfilms.com.au) for supplying us with these great images!