Approximately seventy-five kilometres north of Sydney, in the city district of Gosford, is the rather un-prepossessing building that houses the vibrant Laycock Street Community Theatre. The Theatre is unique in the Central Coast area of New South Wales as the only professional proscenium arch venue in the locality, with its tiered seating comfortably accommodating audiences up to three hundred and ninety. The Gosford Musical Society sits at the heart of many of the Theatre’s productions.

Chris King is Arts and Culture Coordinator for Gosford City Council. “Laycock Street Community Theatre is very much the hub of the area’s performance culture. As such, it hosts a very wide variety of performance genres from musicals, rock concerts, pure drama performances, comedy acts, corporate events, film presentations and various community groups, like dance schools. The goal of any new loudspeaker system was to ensure all styles of performance were suitably covered, from the loudest rock show to a subtle, fine music performance, from a large musical to the smallest play.”

“We were fortunate to receive funding through the Arts NSW, State Government Regional Capital Program which was matched by Gosford City Council,” explains King. “This allowed us to choose a system that not only met but exceeded all of our selection criteria, as well as acquiring equipment that would provide numerous benefits to us in the longer term, in comparison with some other proposed options. Guiding our decision were the many positive recommendations from other venues who had recently installed d&b systems.”

“d&b audiotechnik had the most flexible system with the best quality of sound and coverage for our venue,” acknowledges King, on why d&b was the best all round option for Laycock, providing maximum value for their investment dollars. “Another important factor in our decision was that d&b audiotechnik is also one of the few manufacturers specified at the top of most technical riders we receive for touring shows. A d&b audiotechnik installation meant we had a system that would meet all expectations and requirements of touring shows and engineers.” 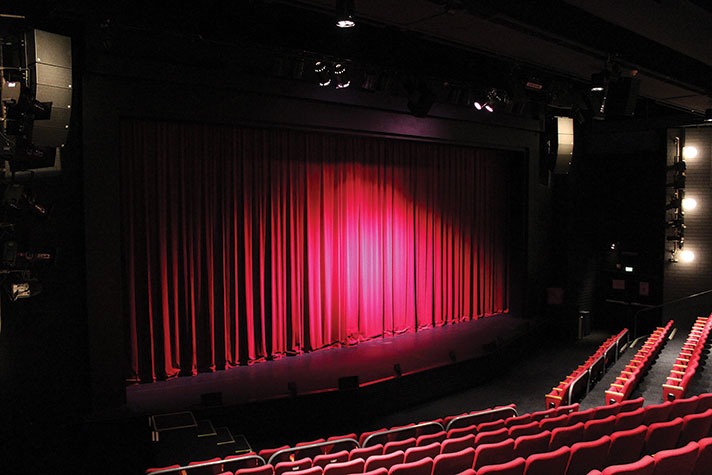 The chosen system was based on the Q-Series. L/R arrays either side of the proscenium include a Qi-SUB, with the low end further supported by B2-SUBs ground stacked under each array. Extra Qi10s are rigged to provide enhanced centre vocal localisation for drama, musicals and film presentations, while several 8S loudspeakers from the xS-Series cover front fill duties. M6 monitors were chosen for onstage foldback, driven by a D6 amplifier, with the specific intention to redeploy them to the Theatre’s smaller, multi-purpose, Don Craig Room, to create an additional sound reinforcement system in this very intimate space.

Australian Distributors for d&b, National Audio Systems, handled the project. Dave Jacques from their technical sales department: “Although the design and the commissioning was done by myself, Laycock Street Community Theatre engaged Cuepoint as the dealer to do the physical installation. They are one of our rental partners and provided excellent service to Laycock.”

King is in full agreement: “A big element leading to our selection of the d&b system over other proposals was the high level of attention to detail and customer service provided by both NAS and Cuepoint. Dave Jacques and NAS displayed great enthusiasm and were genuinely interested in putting a great system into our venue. Likewise Brad, Greg and Ricki from Cuepoint had a positive attitude about the challenges faced during the install and were very professional with their approach to the project and produced a high level quality of work.” 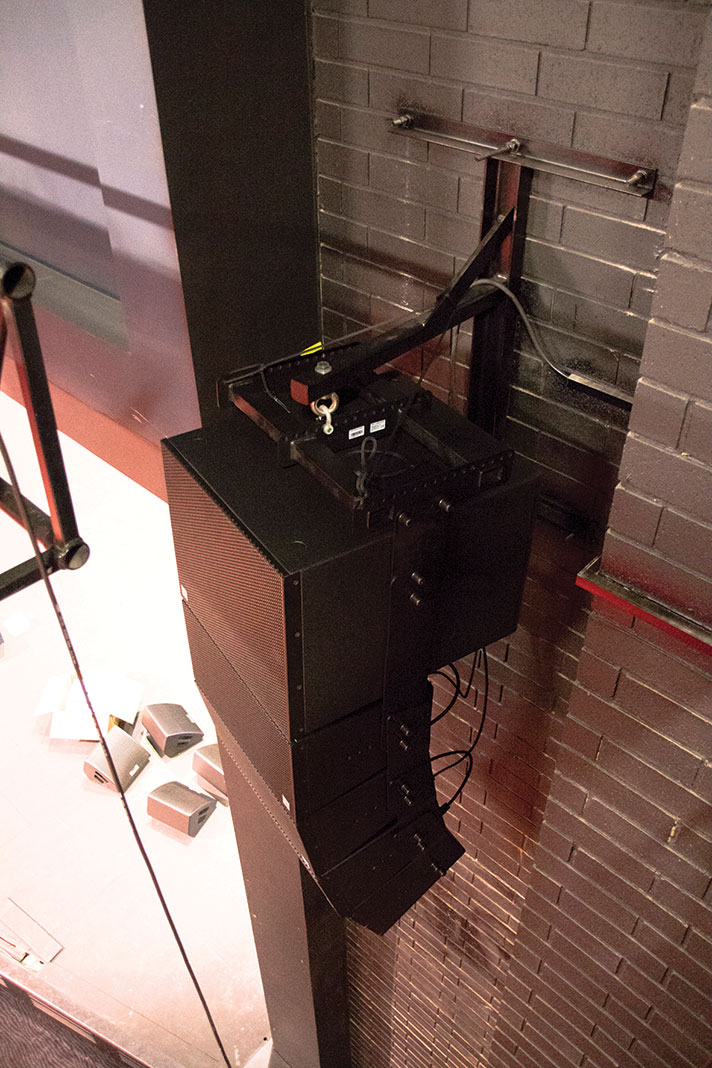 One of the main challenges faced by Cuepoint was locating a suitable rigging point for the main arrays. After consultation with Gosford City Council Engineers, a wall mounted rigging frame was custom designed and manufactured by Cuepoint to be bolted onto the double brick wall either side of the proscenium arch. As King remarks, “Great thinking outside the square! Cuepoint went above and beyond to make sure we had a safe and secure rigging solution for the arrays. They had the system installed and NAS had it commissioned well ahead of schedule and under budget.”

“The main aim of this project was to improve our services to artists, performers and audiences,” concludes King. “Previous to this installation, most touring productions needed to sub hire extra audio equipment which added extra cost and subsequent accessibility issues for budget conscious productions. The first use of the new system was a touring dramatic production of Orwell’s ‘1984’ which involved a highly dynamic sound design which showcased the range of the system. Next up was a highly respected Led Zeppelin celebration concert performed by a group of top Australian musicians and singers that tested the system to its very limits. The system passed with flying colours on both occasions with many compliments received from touring technicians and engineers as well as audience members, a number of whom are regular patrons of our venue. Since then we have received many comments about the improvement in sound quality and enjoyment in the venue from both audiences and performers. There is a definite sense of ease displayed by performers when they walk on stage and see a d&b audiotechnik monitor speaker in front of them!”