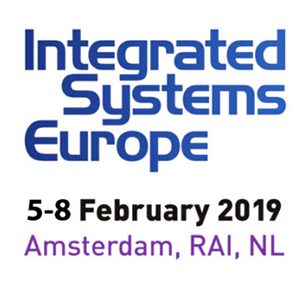 ISE 2019 sees the launch of the d&b audiotechnik DS20 Audio network bridge, the company’s first product offering for connecting its loudspeaker systems to the open standards based Milan protocol.

Together with AVID, L-Acoustics, Meyer Sound, and Biamp, among others, d&b has defined the specifications for achieving seamless interoperation between any product implementing Milan.

Henning Kaltheuner, Head of d&b Market Intelligence and explains, “AVB defines a set of technical standards developed by the IEEE, but what it doesn’t describe is how to implement them in a way that ensures interoperability between devices. Milan is the solution; a layer that completes an AVB network with a standards based, user driven deterministic network protocol that guarantees interoperability.”

Positioned in front of the amplifiers within the signal chain, this 1 RU device is equally suited to both mobile and installation environments. As well as providing an interface from the Milan audio network to the digital inputs of the d&b amplifiers via Ethernet, the DS20 provides four digital AES3 input channels for applications such as a break in from a front of house console.

“The DS20 Audio network bridge enhances the value of the d&b system approach to networked audio,” enthuses Kaltheuner. “d&b customers now have the freedom to choose the networking solution that best suits their needs – DS10 or DS20 – while working comfortably within the intuitive d&b Workflow.” 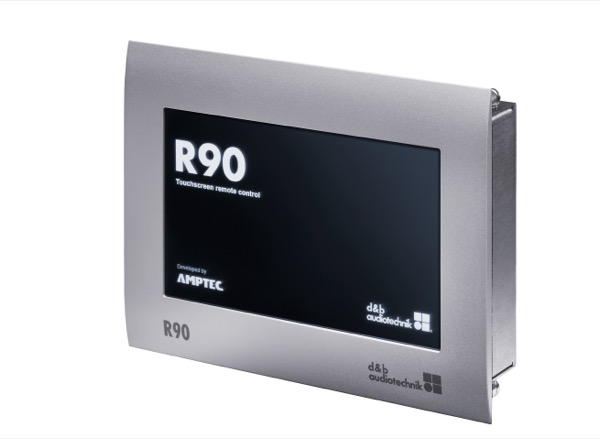 Also being announced at ISE is the R90 Touchscreen remote control, which expands the d&b workflow in dedicated permanently installed applications where adjustments to a d&b audio system must be performed by staff with limited technical knowledge. Simplifying the general operation of a d&b system, the 7” panel PC grants any user one-touch control of predefined functions – power, mute, level, grouping and recall of up to nine AmpPresets. All control functions in R90 work independently of the d&b R1 Remote control software, eliminating the possibility of accidentally altering any of the carefully balanced system settings. 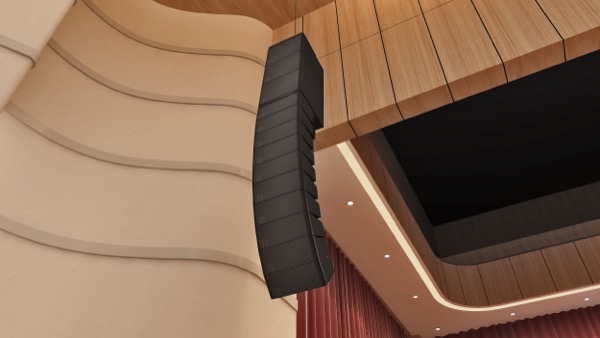 d&b also announces release of Revit files that allow consultants, architects and system integrators to include d&b loudspeakers in a Revit based BIM process at any stage of a project. These files provide photorealistic detailed 3D data for each loudspeaker, including texture, non-branded renderings to support a neutral tender process, and the option to visualise Special colour versions.

An information rich database includes the complete accessory package for holistic planning and determining quantities as well as a parts list, including d&b parts numbers simplifying the order process.

Where applicable, loudspeakers can be pitched, rotated and panned according to the specified installation. A line array workflow similar to ArrayCalc, supports up to twenty four loudspeakers. Line array families consist of nested families such as speakers, subs and frames, eliminating the need to combine single speakers or subs manually.