Home News Harry Potter and the Cursed Child: Casting Audio Magic to Every Seat in the House

Harry Potter and the Cursed Child: Casting Audio Magic to Every Seat in the House

Award-winning sound designer Gareth Fry relies on d&b audiotechnik to bring the magic of Harry Potter to life for audiences and theatres around the world.

(Lead photo: The Australian company of Harry Potter and the Cursed Child. Photo by Matthew Murphy.)

When show producers welcome throngs of enthusiastic Harry Potter fans to the live stage production of Harry Potter and The Cursed Child, they want to immerse the audience in a show experience like no other. Based on an original story by J.K. Rowling, Jack Thorne, and John Tiffany, Harry Potter and the Cursed Child is the eighth story in the Harry Potter series and the first official Harry Potter story to be presented on stage. Following such a magical history of wildly successful novels and films, audience expectations are exceptionally high. With demanding production requirements, show producers turned to multi-award-winning sound designer Gareth Fry, and his experience with technologies from d&b audiotechnik, to cast a spell over the audience.

“There’s a big responsibility when you’re working with such iconic characters and stories; the audience has a strong, emotional attachment to what’s happening on stage,” said Gareth Fry. “With such an invested audience, we’re under pressure to produce the best show we can. There are big, epic scenes with lots of characters, and then there are also very quiet scenes where it’s just two people talking — we need to make sure every seat in the house hears everything perfectly.” 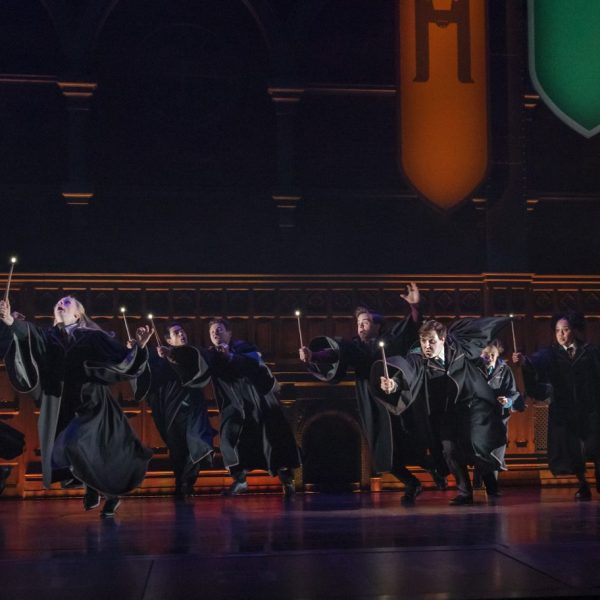 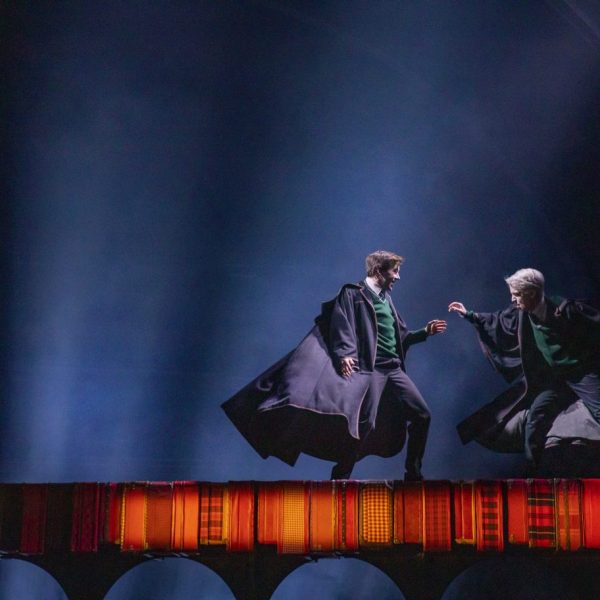 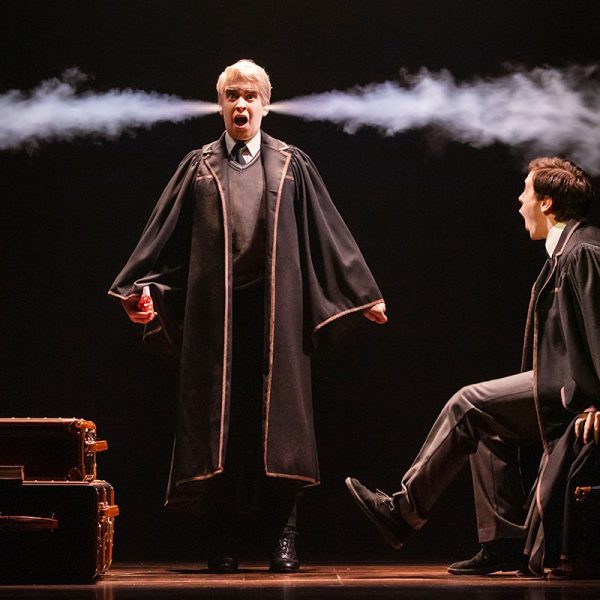 The Australian company of Harry Potter and the Cursed Child. Photos by Evan Zimmerman and Matthew Murphy.

Fry explained that the director, John Tiffany, demanded that the sound quality be exceptional and that every production in each location have the same level of quality as the London production, or better. This means Fry and the team needed a sound system that could not only deliver the required quality and control to cover every seat in the house, but also flexible enough to work within a wide variety of theatres around the world — each with very different architectural and acoustic challenges.

“There are a lot of illusions in the show, and magic often requires support from sound and lighting and costume and props — it’s a very multidisciplinary thing to make these illusions seem magical,” said Fry. “All of the magic is done live in front of the audience, and good sound is absolutely key to making sure the illusion works for every audience in every venue.”

The ArrayCalc software from d&b was a key component Fry used in his sound system design for the shows. ArrayCalc is a simulation tool for d&b sound systems that allows designers to model the acoustic design, performance prediction, alignment, rigging, and safety parameters for specific venues. ArrayCalc simulation software significantly reduces setup and tuning time in mobile applications and allows for precise initial simulations when planning installations.

“ArrayCalc was a critical part of our choosing d&b systems; it allowed us to predict in advance what a theatre will sound like,” said Fry. “The software has also been very useful in terms of working with other production departments and negotiating speaker positions and other logistic concerns.” 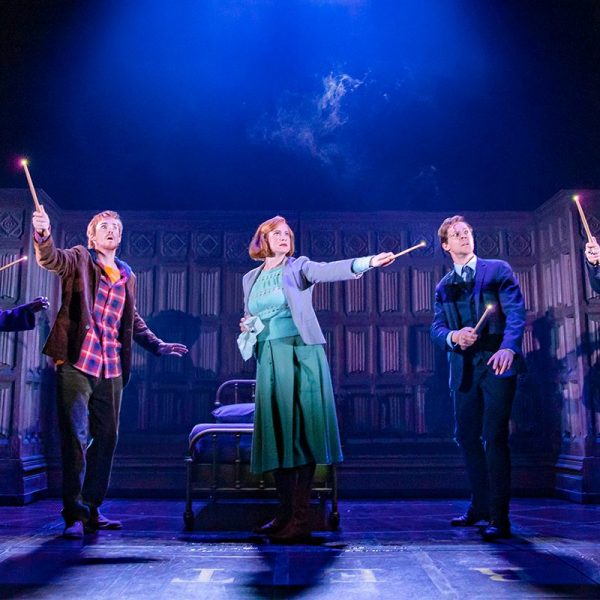 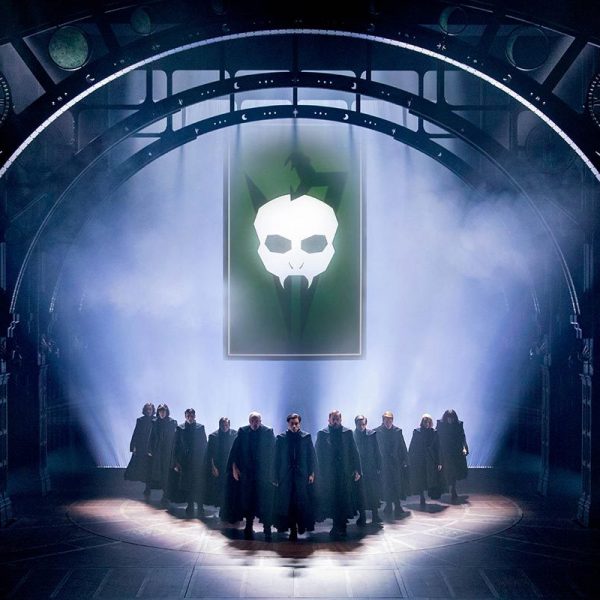 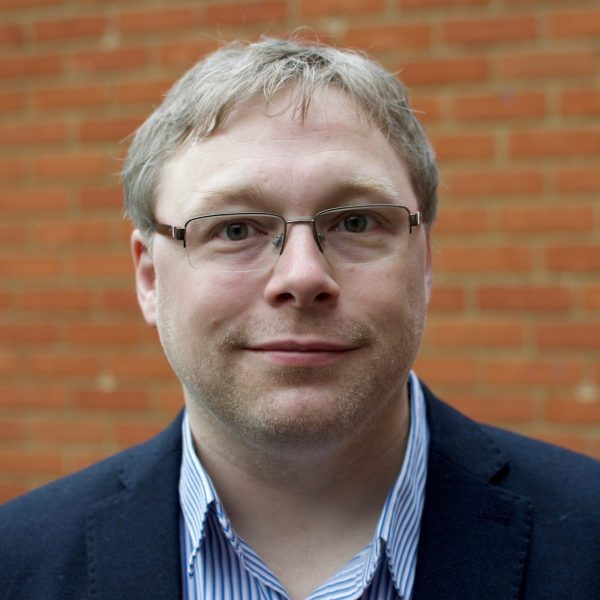 The Australian company of Harry Potter and the Cursed Child. Photos by Evan Zimmerman and Matthew Murphy, Right: Gareth Fry.

“I’ve been using d&b for years, so I have a lot of confidence in their systems.” said Fry. “They always sound great, and have a compact footprint which makes them easy to place, so the whole system sounds better because the speakers can be in better positions to deliver the quality and power we need.”

The critically-acclaimed production has become the most awarded London, West End play in the history of the Olivier Awards, winning a record-breaking nine awards including Best New Play, Best Director and Best Sound Design in 2017. It also received multiple Tony Awards, including Best Sound Design, for the Broadway production in New York. There are other productions ongoing in Melbourne, San Francisco and Hamburg; and future productions have been announced in Toronto, and Tokyo.

“The show has been incredibly well received by audience members and critics alike, so we couldn’t be happier,” said Fry. “d&b stands behind their products, and they have been great to work with. We were able to do some demos of the Y- and V-series, and they were great in helping us select exactly the right product for the job. Their support has been amazing, and I look forward to more productions with d&b.”