St Paul’s Cathedral in Dunedin, on the South Island of New Zealand, is a classic and grand example of very early twentieth century church architecture with soaring, ornate columns, stained glass windows and a high arched roof. First conceived in 1904 after a prominent businessman died and left the bulk of his estate to finance a new cathedral, St Paul’s was finally opened in 1919. It’s famously the only building in New Zealand—and possibly the southern hemisphere—to have a stone vaulted ceiling, meaning the tremendous supporting arches and the ceiling itself are constructed of stone rather than timber, which is more common. In the years since, like many such historical buildings, the church has always been careful to maintain its grandeur and authenticity, and strived to avoid the demands of modern technology from impacting on its heritage-listed appearance.

So not surprisingly, it’s not the kind of place where AV integrators are encouraged to start hammer-drilling holes through the walls willy-nilly, or maybe grind away any cherub’s wings to make way for a CAT-5 outlet.

The brief for the project given to Mark Patterson, owner of Lifestyle Audio Visual, was pretty straightforward. The outdated PA system inside the church, reinforcing the pulpit microphone, needed to be replaced with something that provided the utmost speech clarity, along with a new hard-of-hearing system. While it wasn’t exactly an open chequebook, the design could be solution-driven without any tight budget restrictions. Lifestyle AV has a long and well-established reputation throughout the South Island, especially when it comes to installations in churches and other houses of worship, however Mark and his family had only just moved to Dunedin so his wife could attend Otago University and it was somewhat serendipitous that Mark found himself in town and available to offer his expertise. He’s also, by the way, a dab hand at playing and maintaining traditional church organs of which St Paul’s has a real beauty.

Naturally, preserving the church’s marvellous interior and keeping any installed equipment as unobtrusive as possible was the highest priority. Another issue was providing that reinforced speech intelligibility when spaces like St Paul’s were designed with reflections and reverbs in mind to enhance choral performances and singing—your standard Church Reverb isn’t a new concept born of 21st century audio plugins. Again, the aesthetics of sound baffles or acoustic treatment weren’t an option.

But first up, that magnificent stonework was proving not so wonderful after—at least not for AV installations. Known as Oamaru Stone, the material is relatively porous and either requires seriously large and ugly masonry anchors to hold cable runs and the like, or a bit of Mark Patterson ingenuity.

The solution was glue and gaffa tape—what else? The gaffa was only temporary, of course, holding the cabling in place while an appropriate adhesive could set … a lot of gaffa tape. On top of using the right glue, Mark had to experiment with a variety of gaffa products until he found a type that actually stuck to the powdery surface of the stone.

As for the natural reflections and reverbs in the church, Mark solved the problem neatly with two d&b 24C speakers for the main nave area, and a second pair of 24Cs as delay speakers. These were augmented by another four d&b 8S speakers filling in the side aisle areas. The design and coverage of the d&b speakers allowed Mark to precisely focus each unit in its allotted zone without spill or slap-back coming from nearby surfaces. Everything is powered by a d&b 10D amplifier with a processor taking care of the various delay times required for each speaker.

As always applying attention to detail, Mark set about painting all the cabling, hardware and speakers an off-white that matched the Oamaru Stone—which wasn’t a consistent colour throughout the church anyway and the paint needed a little mix-and-match along the way to make everything blend.

For the hard-of-hearing is a Listen Technologies LT-84 IR unit with two IR radiators, one covering the main area, and the other for the apse. [An additional Listen EVERYWHERE Wi-Fi-based assistive hearing system is also being made available, whereby parishioners download an app and use their smartphones to hear the audio.]

There was some data network infrastructure installed to cater for internet and live stream capabilities. The facility to stream weddings and other events to people who can’t attend will always be handy.

All the installation and hard work was performed by Mark’s dedicated team of … well, just Mark, actually. Having just moved to town and with restrictions making it difficult to bring in crew from elsewhere, he decided to strap on the tool bag himself and get busy.

Mark is a big fan of NAS Solutions not just because of the “excellent advice and good products”, but because they’re “straight-shooters who provide exactly what the project and the integrator needs.” Nothing more, and certainly nothing less. It lets Mark tailor budgets and quotes exactly, and avoid any financial surprises for the client.

The job at St Paul’s isn’t quite finished. Unfortunately the cathedral suffered a fire in July 2020—it could have been worse but the damage was significant—and the restoration work is holding up the final touches to the installation in the apse area. Additional d&b speaker systems are slated for this section including some reinforcement for the organ. The main system is in place and working perfectly.

No one’s expecting the new PA to last the next century or so, but thanks to Mark Patterson’s Lifestyle Audio Visual, and NAS Solutions, the good people attending St Paul’s Cathedral can rely on clear, crisp audio for some many years to come. 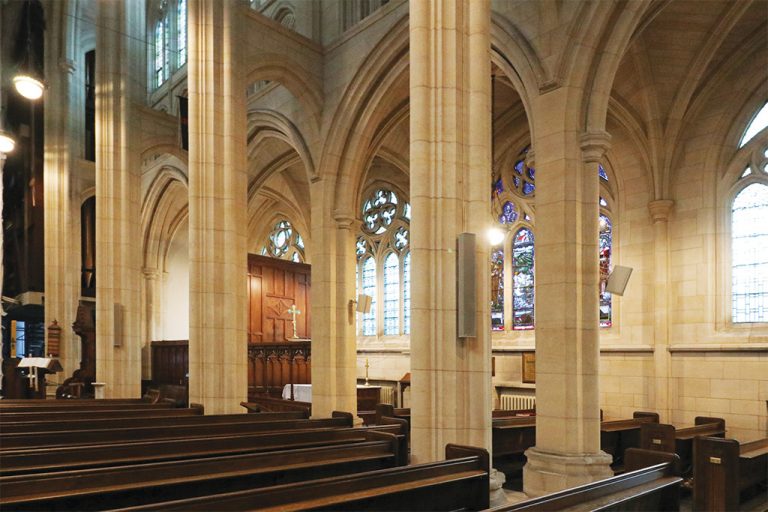 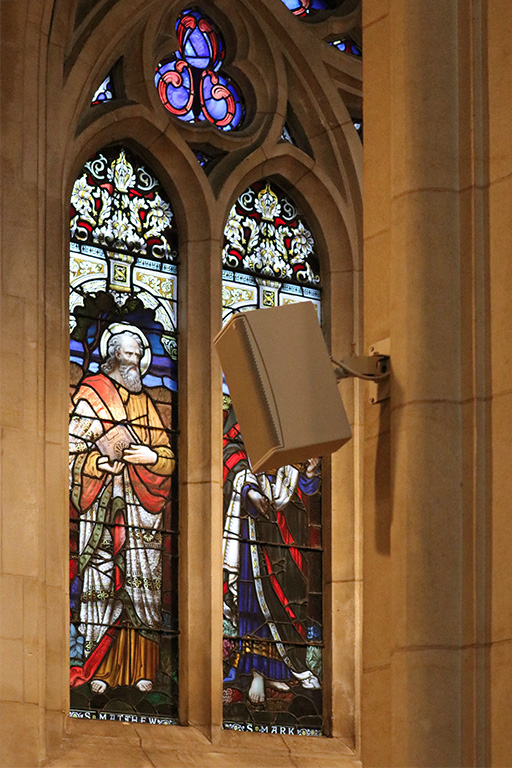 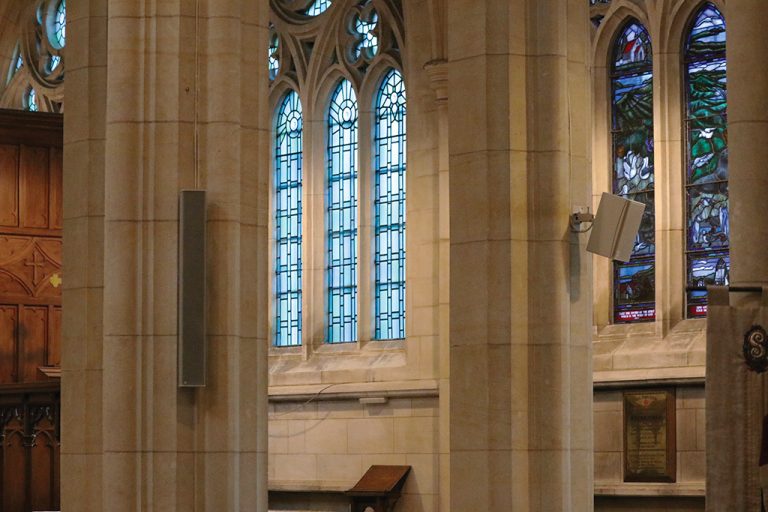 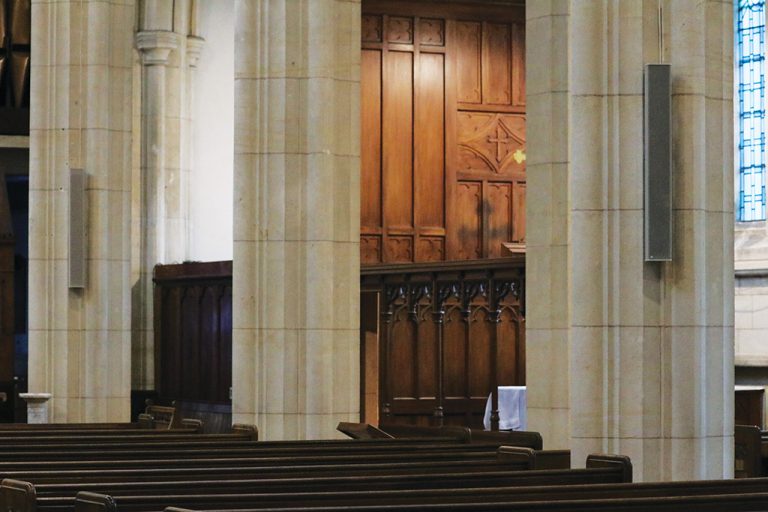 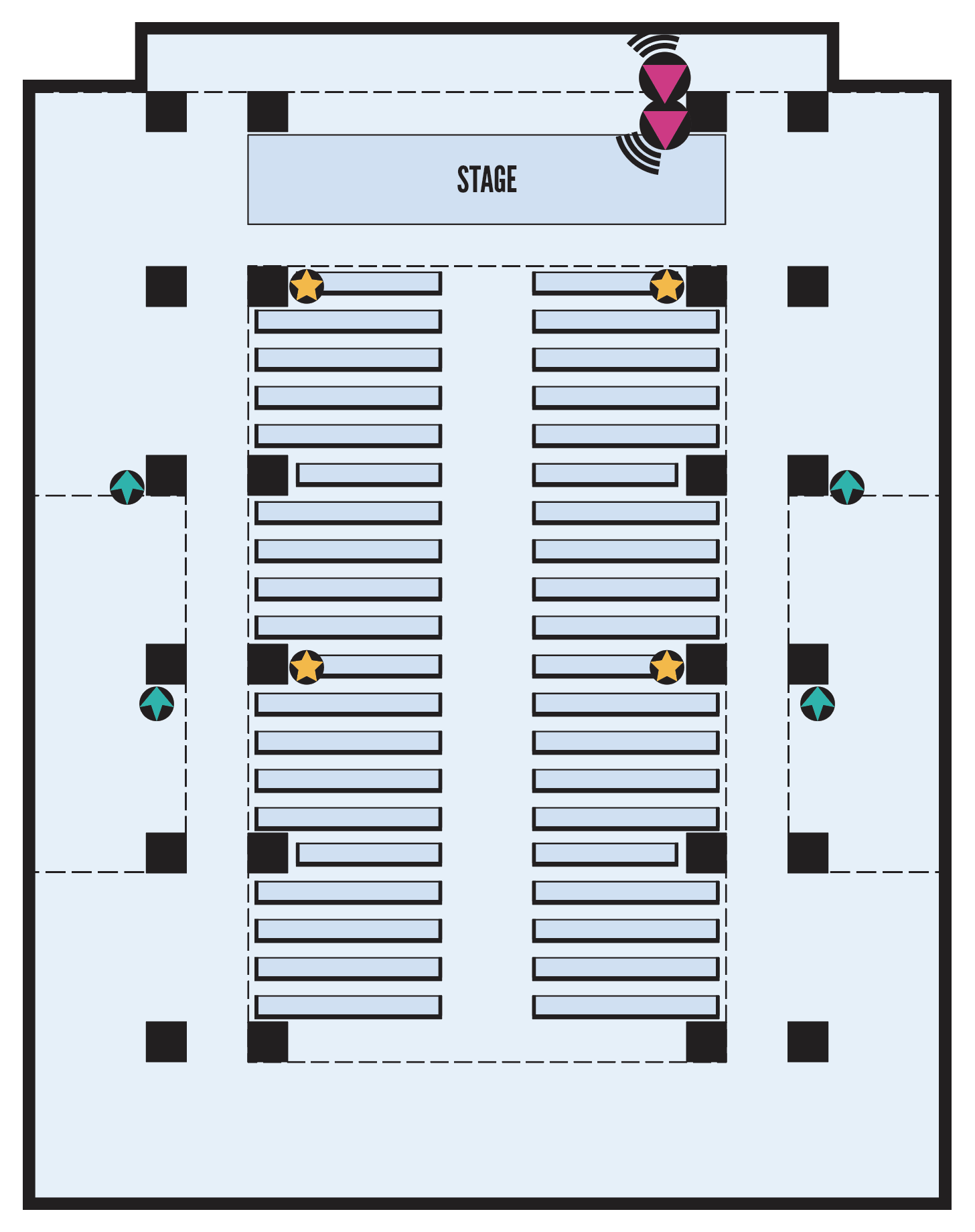