ICC Sydney is a venue like no other. As Australia’s premier go-to convention centre for all manner of high-profile events and conferences, the $1.5b precinct is a showpiece of cutting-edge design, architecture, and AV technology. 1000 wi-fi access points gives you an idea of its scale. All up ICC Sydney has three expansive theatres catering for crowds from 1000 to 8000, plus a lavish ballroom and dozens of smaller conference and meeting rooms.

ICC Sydney Theatre is the largest of the public performance spaces, and it’s truly immense. Replacing the Sydney Entertainment Centre which was demolished a few years back, the Theatre plays host to headline events be it music, corporate, comedy, or even sports. Within a couple of months ICC Sydney Theatre had hosted Keith Urban, PJ Harvey, Nick Cave, and a tennis Fast Four match with Rafael Nadal and Novak Djokovic.

The necessity of a world class PA was without question. Sure, high-quality sound had to be accurately relayed to every tiered seating row in the expansive space — that’s a given. When hosting a rock concert, the system needed low end punch and SPL to spare. For large corporate events, speech needed to be utterly intelligible. But flexibility was also of high priority. The rig had to be scalable. When the stage is replaced with a tennis court, the PA elements had to be reconfigurable with ease and efficiency. To provide all of the above, the decision was to go with a d&b audiotechnik system that would be essentially configured like a touring rig.

Dave Jacques is head of the NAS Projects Team: “The biggest part of our job was in the implementation; as the gear went in we worked with Fredon to help get the most out of the PA. It was a great experience in that regard: the Fredon team was very keen to get a good result. Sometimes there’s a temptation on behalf of the installer to knock something like this out and not worry too much about the detail. In this case everyone was very focussed on the detail.

“The ICC Sydney Theatre PA is based on two large d&b V Series arrays per side. The side arrays aren’t much shorter than the main hangs, and this is down to just how large and wide the theatre is; you have to push a lot of energy to the sides to cover those areas.

“The SPL targets of the brief were lofty. Fortunately, the design provided an adequate number of loudspeakers and wasn’t cut back at any stage, as is often the case — we needed a serious system to meet those targets (105dBA ±10dB with 10dB headroom).

“We hit those SPL targets with something to spare. That was really nice to see in the flesh; to see that the modelling and the EASE data is trustworthy.”

Along with the four speaker arrays the design encompasses a flown array of V-Subs either side of stage. Flying, rather than stacking, the subs was always going to be the preferred method, given the tiered design of the theatres. The long array of subs provides greater pattern control and more efficiency in the far field. The sub array sits in behind the main hang and not so far from the side hang. The distances are such that the three arrays operate as one line source in the lower frequencies.

Often the lower tier of seating will be retracted but when those seats are deployed, there are some additional V Subs in the inventory that can be ground stacked to fill in the nearfield. There are also a number of additional V Series array boxes that are positioned at stage level and shoot into the lower bowl. Sound for the stage level V array boxes are timed to arrive slightly earlier than the main arrays to pull the image down to the stage.

Thanks to its touring-style flexibility, the world-class PA system at ICC Sydney Theatre has surpassed expectations in both sound and functionality.

Dave Jacques: “I’ve had feedback from people who have mixed in ICC Sydney Theatre and they’ve commented that they’ve looked at the space and looked at the arrays and thought ‘I’m going to need a pile of ground stacked subs’, but it’s not the case — it fills the space nicely. I was very pleased with the results — there’s an even full-range feel.”

Besides the ICC Sydney Theatre, d&b line array systems were also installed in the Darling Harbour Theatre, Pyrmont Theatre, and Grand Ballroom within the precinct.

Further information on the full range of d&b audiotechnik products can be found here. 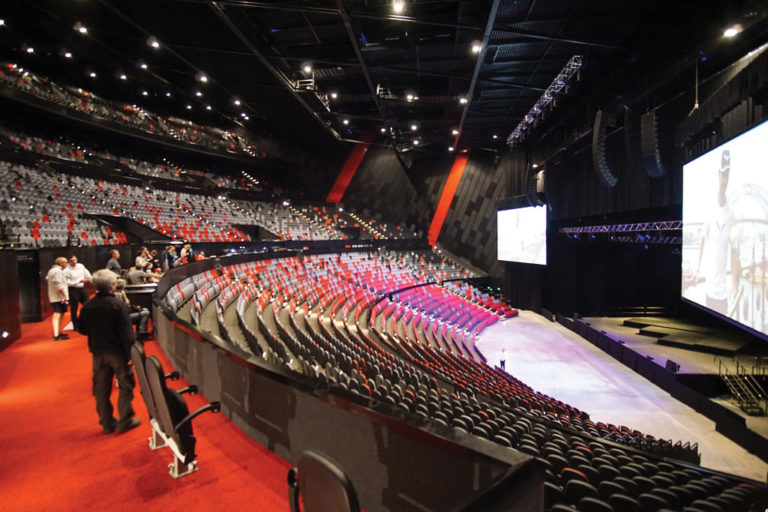 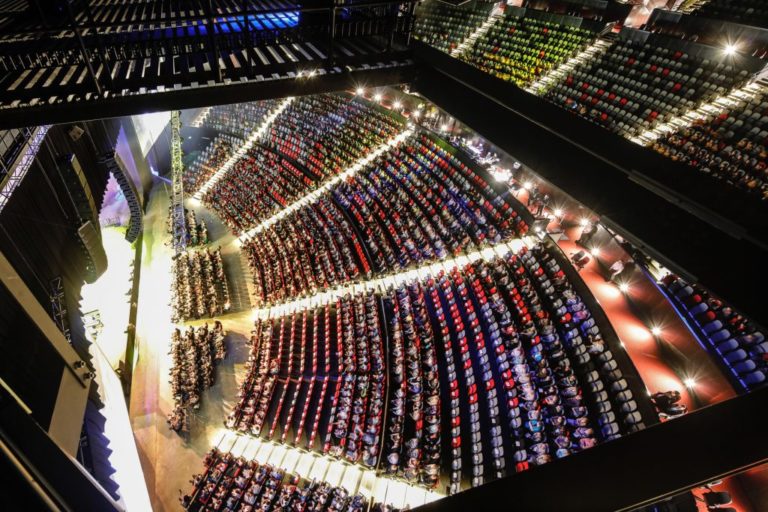 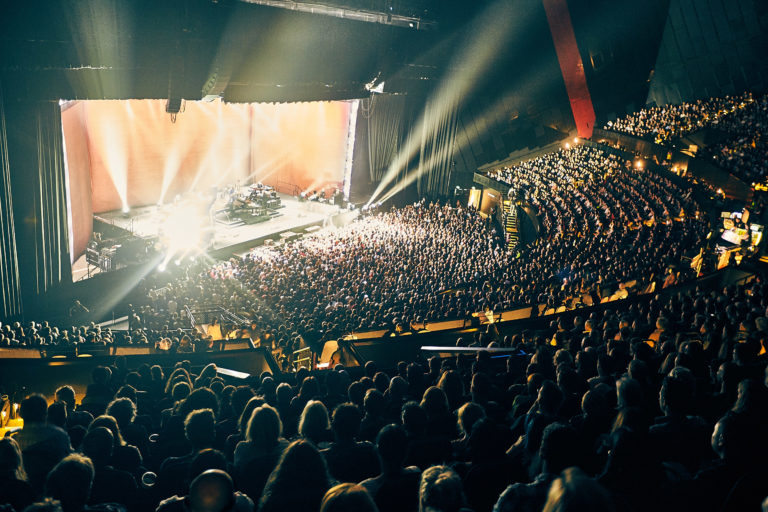 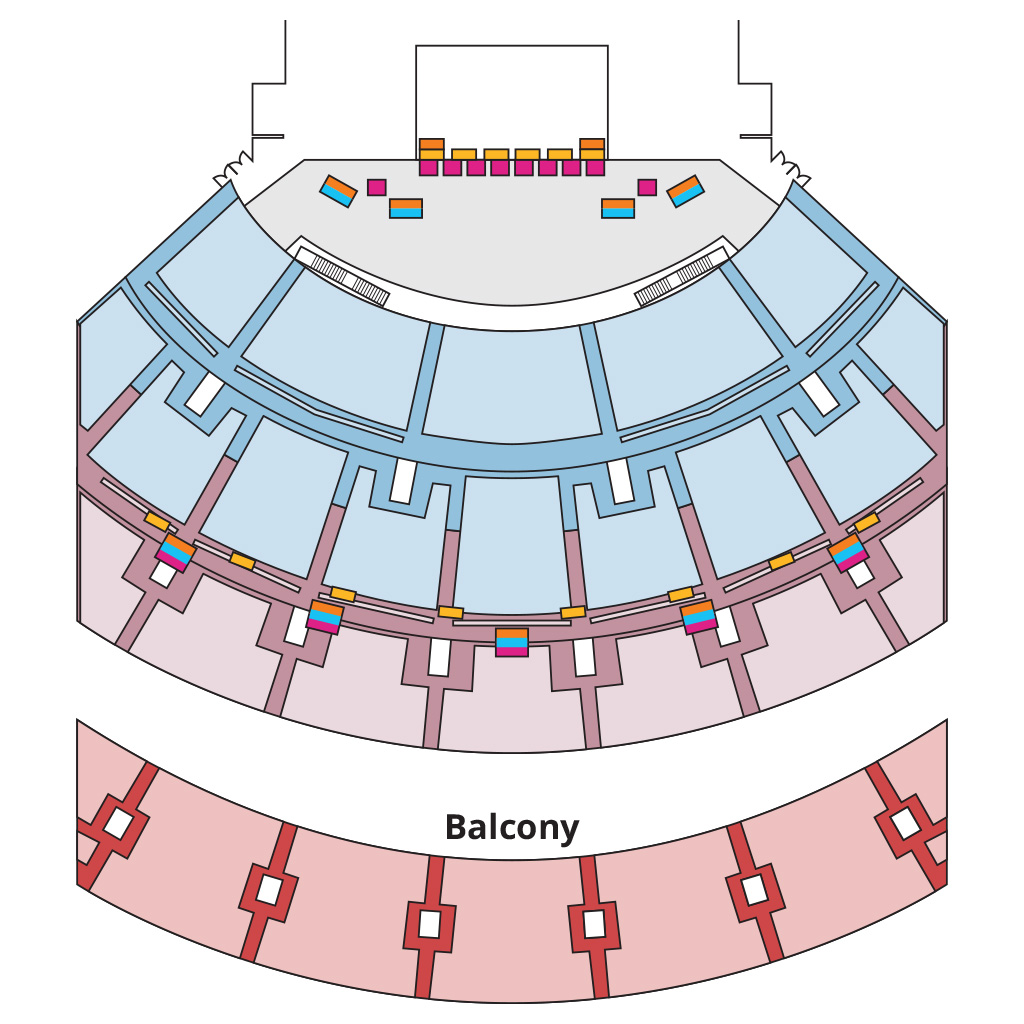 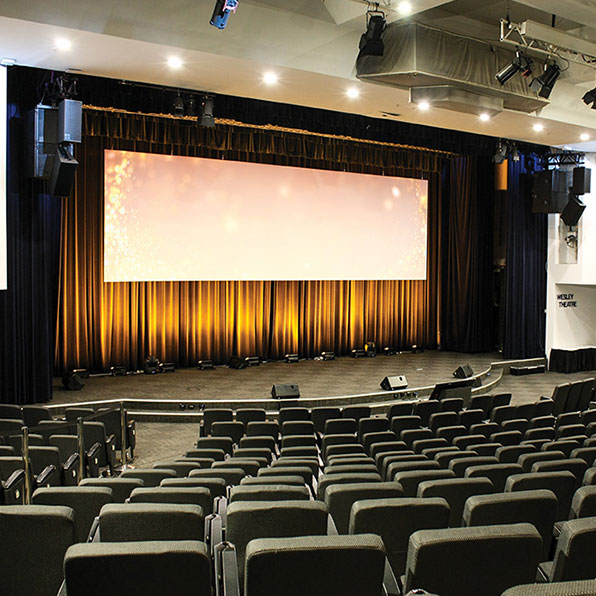