Regional performing arts centres might be a world away from city-based performing arts centres but the stakes are just as high… even higher, you could argue. Xavier Dannock is Venue Manager of Warrnambool’s council-run Lighthouse Theatre and he’s acutely aware of the gravity of his purchasing decisions. He half jokingly talks about being ‘run out of town with pitchforks’ if he gets something wrong. Perhaps unlike the big city, get a crucial decision right, and the outpouring of gratitude is real. This, after all, is the venue that not only plays host to sold out national touring acts, but school musicals and speech nights. There’s a big community impact.

The Lighthouse Theatre has recently got a huge technology upgrade very right. A significant loudspeaker upgrade has been completed by Geelong-based integrators, MultiTek Solutions. It’s based on d&b T-Series loudspeakers, and Y-Series subs. The upgrade replaces an extremely outdated point source system from the ‘80s. The relief is palpable, both from Xavier and his team, as well as the community as a whole.

“We would frequently get complaints about the sound,” confirms Xavier. “The sound coverage was patchy, including in the sound booth. We could only ground-stack the subs, which made the experience unpleasant for those at the front. There was a general lack of clarity. So it’s been a pleasant change to receive compliments. We also have touring bands leaving their PA in the truck and enjoying the d&b system.”

The audio upgrade is the result of a long period of budget approvals, designs and a thorough tender process. Xavier involved MultiTek Solutions early.

“We took care of a technical upgrade undertaken around 10 years ago,” reports MultiTek Solutions Director, Gavin Hulme. “At that stage we upgraded the cabling infrastructure and other necessary behind-the-scenes aspects, but there wasn’t budget for an audio upgrade. Everyone knew that an audio upgrade was inevitable.”

After a competitive shoot out, the d&b T-Series won the day. Or to be more specific, d&b Array Processing won the day.

“All three systems sounded great,” confirms Xavier. “Interestingly, the oldest loudspeaker design is the d&b T-Series by a good margin — it’s over 15 years old. What made the difference for us was the Array Processing.”

Each d&b T-Series enclosure is addressed by its own amp channel and processing. The Array Processing allows the system to really shine in the space — with its tonal and dispersion characteristics fully optimised for the room; and the one-touch electronic reconfiguring of the system to accommodate the stage extension.

“The d&b system had the next level of technology, and capacity to deliver what we needed operationally for the venue, and how we work,” continues Xavier. “The whole evaluation panel felt that way as well.”

Array Processing also gave Xavier a sense of reassurance, guaranteeing the longevity of the significant investment: “Thanks to the Array Processing the system can adapt to changes in the space, or absorb further optimisations in the processing. I needed to be convinced that this PA would stand the test of time — I can’t just go cap in hand to the council in five or 10 years time for a new PA — and it was Array Processing that really got me over the line in that regard.”

The subwoofers proved to be a crucial aspect of the design. Part of the extra focus on the subs stemmed from the Lighthouse Theatre’s LF challenges, according to Xavier. “For the past eight years we’ve had subs on the floor next to our stairs, which is a huge access and OH&S issue. So getting the subs off the floor and in the air was important to us.”

MultiTek Solutions worked with the NAS Projects Team to develop a design which encompassed four Yi-SUB subwoofers spaced and flown above the proscenium. They’re a cardioid design straight out of the box, ensuring less energy would be directed onto the stage and more into the auditorium.

“To be honest, I needed to hear the Yi-SUBS in the room before I was convinced,” admits Xavier. “On paper, I found it very hard to believe that four flown subs were going to cut it. As it turns out this particular solution has delivered the performance you would expect from a much bigger, more traditional sub array.”

Rounding out the significant audio upgrade is an investment in a Pliant Technologies CrewCom system.

The new comms system upgraded an old BTR narrow band setup. Xavier explains the comms challenge for a community theatre: “It’s always a perennial challenge because much of the time you don’t need much comms at all. But then when you stage a big community music event, you need tons of comms… you never have enough. So scalability is one factor.

“Reliability is another big challenge. Our 10 year-old comms system was working in an increasingly crowded spectrum and it was getting complex to find available channels. Finally, we needed enough grunt for the comms to work between our two adjacent theatres — there’s a lot of concrete and sandstone in the way.”

The installed Pliant CrewCom system ticked all those boxes with only one antenna positioned side of stage.

CrewCom may have superseded the previous wireless system, but MultiTek Solutions worked to integrate the theatre’s old two-wire loop — “you can’t notice any latency, they work together perfectly,” reports Xavier.

The theatre looked into other comms alternatives but found the Pliant solution had a Goldilocks, ‘just right’ level of sophistication for its purposes without being unnecessarily complex.

“It was clear that the Pliant comms had been well thought out, and tested within a theatre environment,” observes Xavier. “Other comms systems we looked at were so complex that they were beyond us — designed for situations much bigger than ours. CrewCom just worked. It’s as simple as using wired comms. You literally take it off the charger, you plug the headset in, you turn it on and it’s working.”

That said, the theatre is enjoying the luxury of having separate loops for staff, and being able to remotely program all the packs simultaneously via the CrewCom management software.

“I think it’s the little things about CrewCom that impress us the most. Our crew love the design of the SmartBoom headset, for example. When you lift your mic away from your mouth it mutes your channel. It’s such a clever touch, and avoids the frustration of tracking down who’s got an open channel.”

Not every regional theatre upgrade is such a triumph. Often it’s a tale of frustration, strangled budgets and compromise. So what makes the Lighthouse Theatre story so positive?

“My first piece of advice, would be to do lots of scoping,” counsels Xavier. “Don’t start off by limiting yourself with budgets, work on what the best case scenario might be.

“My second piece of advice would be to listen to the systems in the space before committing to anything. That was a real eye opener for me. All three PAs in our shootout were exceptional. But hearing the Array Processing in action was what won us over. Up until that point I was more than prepared to be swayed in another direction. It’s easy to get sold on a system on paper but you need to hear it. It takes it from a bunch of colourful drawings on a piece of paper and gives you the reassurance that Gav and NAS can deliver the system they’re promising.”

As for MultiTek Solutions, which has worked on numerous theatres and halls over many years, it’s surprising to hear that this was its first d&b installation. Judging by the results and the experience of Gavin Hulme and his team, it won’t be its last.

“NAS was excellent to deal with,” Gav confirms. “Dealing with Dave and the Projects Team was great. Doug’s work on the commissioning, and everything in between was exemplary.” 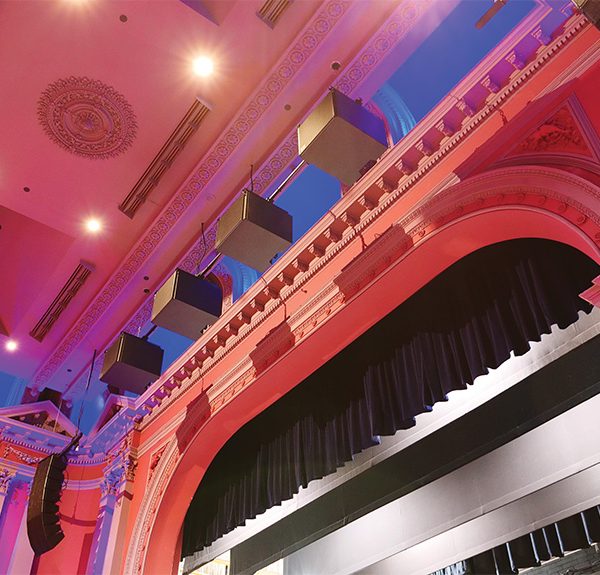 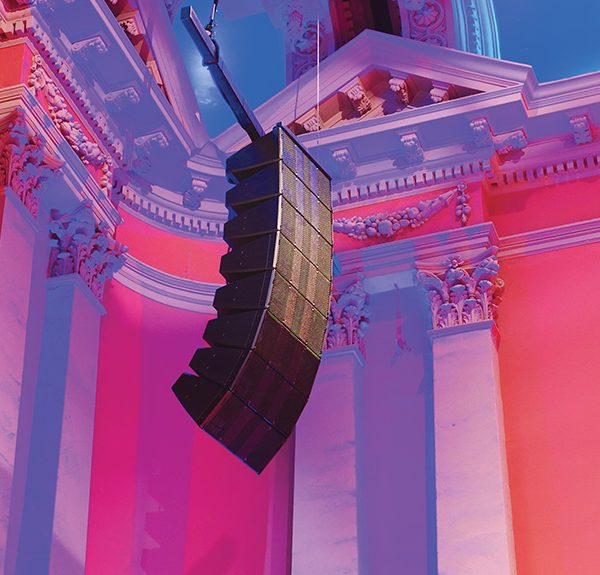 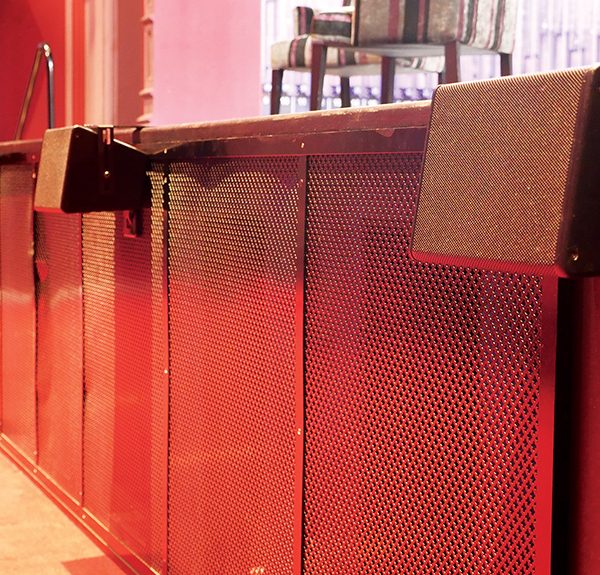 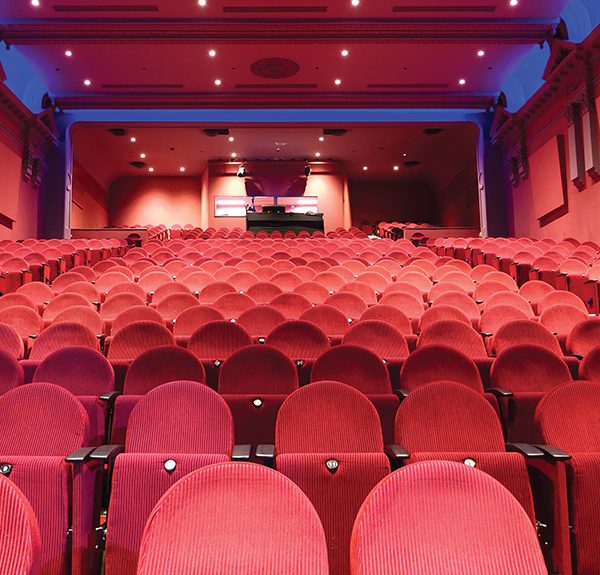 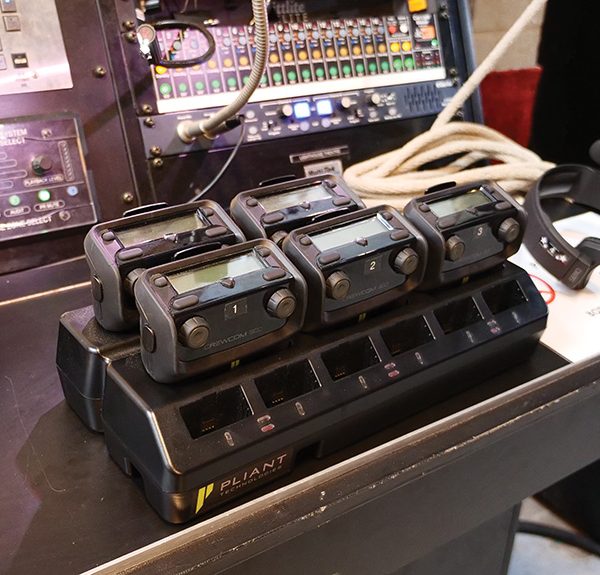