This year’s Melbourne International Jazz Festival was unlike any other. Funded by the Victorian government, the popular festival is usually held over the course of a month with performances across multiple sites. While the dark cloud of inevitable cancellation hung over the event, organisers heard of a live streaming ‘stage’ assembled by a local production company and considered the possibility of streaming the festival online.

Front of House Productions is based in the Melbourne suburb of Williamstown. Given the abrupt loss of events-related work when Covid struck, directors Ryan McCann, Paul Muller and Will Stuart decided to convert the FOH Productions warehouse into a one-stop live streaming stage. They used a stage trailer as the main stage, decked it out with a front of house PA and foldbacks, set up lights and cameras, and ran Dante feeds from the console at mix position to a broadcast room to mix a live stream feed.

Melbourne International Jazz Festival organisers approached FOH Productions to sound out the idea of live streaming the full festival. Thus began the process of transferring the festival online, with its single destination being FOH Productions’ warehouse.

Strict sanitary regulations had to be kept to obtain government funding. Every artist and band member had to be checked for symptoms prior to entering the building. The stage had to be sterilised between bands. Social distancing requirements applied throughout.

“Essentially we set up the warehouse to be a one-way walkthrough,” explains FOH Productions co-director, Ryan McCann. “You come in one direction and go out another. The challenge was getting people in and out without having too many people on the premise at the same time. having them Covid checked, and having the space fully cleaned between each artist. There was a lot of undertaking to get it up to government standards to be approved for their funding.”

Additionally, this was FOH Productions’ first foray into the world of live streaming. Staff spent several days learning the ropes on a pile of new live streaming equipment and software.

Ryan explains: “We invested in equipment specifically for live streaming to make it all happen, which we were happy to do because we figured this was going to last a while. There was a bit of training and up skilling involved, not to mention days of testing to make sure everything was right. But it’s starting to pay off — we’ve delivered some pretty awesome shows and recordings already.”

“One of our challenges was also keeping staff numbers to a safe minimum in each area whilst ensuring the crew had the support they needed during each show,” recalls Will Stuart, co-director at FOH Productions. “The team took this challenge head-on and all handled themselves with the utmost of professionalism.”

In a non-Covid world, the Melbourne International Jazz Festival typically runs over a month-long period across multiple sites. Shifting it online condensed the roster to three days over three months, held on the last Saturdays of May, June and July. Each day comprised of eight sessions in which artists performed their sets. Overseas artists and bands who were unable to attend sent in recordings of their sets from their living rooms or local studios to be played back on the live stream. FOH used these pre-recorded performances as a window of time in between the live bands to prepare for the next artist and implement the precautionary Covid protocols.

Playing to a mostly empty room was a new experience for many of the artists, thus FOH ensured the stage felt as natural and familiar as possible for them. A d&b V-Series system with D80 amplifiers supplied front-of-house room fill, while d&b M4 monitors helped the artists hear themselves on stage.

“The front-of-house PA allowed us engineers to hear the whole mix,” explains Ryan. “The d&b M4 monitors were on stage and there’s nothing like them, they’re the best going around. Then there was another little mix console set up for the broadcast itself in another isolated room which consisted of two d&b E8s and two V-Subs.”

“A fair number of loudspeakers were used in different ways, which is why we love the d&b gear, you can use it in so many different applications and formats.”

“Our goal was to make the space feel as natural as possible so each act could perform at their best,” says Will. “Being a live broadcast space, noise on stage had to be kept to a minimum but typical solutions like in-ear monitoring were decidedly not appropriate. Instead we made use of eight d&b M4 monitors which gave us so much control and spread across the stage during each of the performances. It’s safe to say we will be investing in many more M-Series monitors in the future as they are always well loved by the musicians on stage.”

While the live streaming component of the setup added an extra layer of complexity to the workflow, the FOH team felt right at home on the consoles bringing it all together.

“The Midas M32 and M32R consoles delivered an amazing sound over the Dante network,” says Ryan, “and it’s just such an easy platform to use. We own a bit of Midas gear and we definitely intend on investing in more in the future once the new products come out.”

Despite the odds stacked against it, the 2020 Melbourne Jazz Festival turned out a resounding success. 30-plus hours of exceptional performances were live streamed to over 40,000 festival goers across the three days.

“The clients were stoked,” says Ryan. “They couldn’t be happier. They’re already pushing to do more and have gone back to their funders and government partners to get more funding to do more of this.”

The impact of what companies like FOH Productions are doing extends beyond a single event. Paul Muller, co-director of FOH, says it’s offering a defeated industry a glimmer of hope.

“What hit me most was a moment when some backline arrived at the warehouse for one of the artists,” recalls Paul. “Normally people wouldn’t make much effort to help moving gear, but in this case everyone ran to the truck to lend a hand and help push in road cases. I’ve never seen people so excited to be involved. It’s like there was a little bit of hope again.” 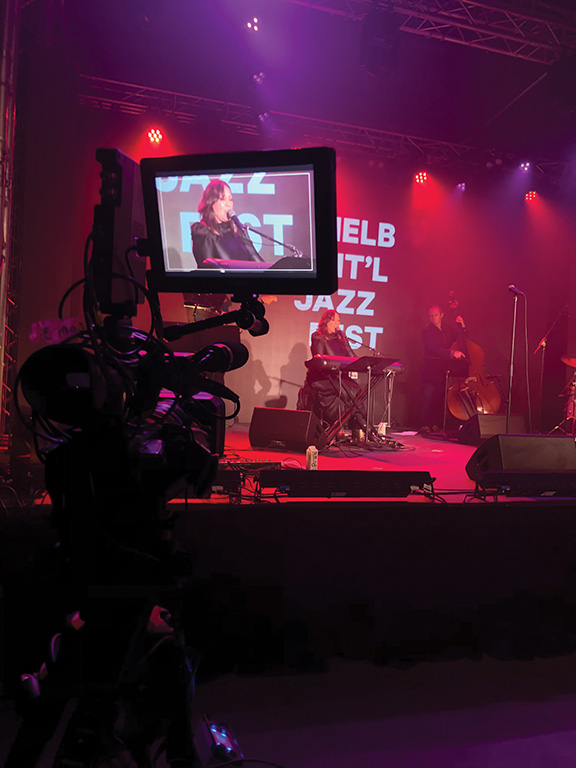 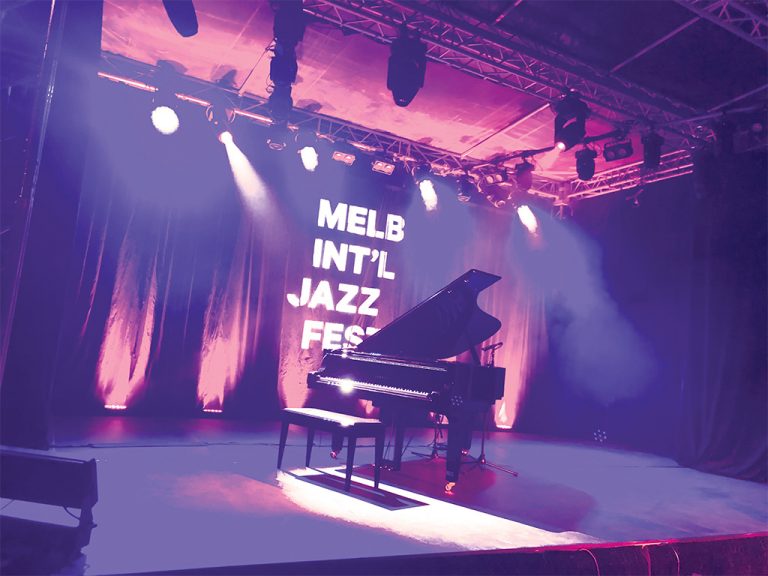 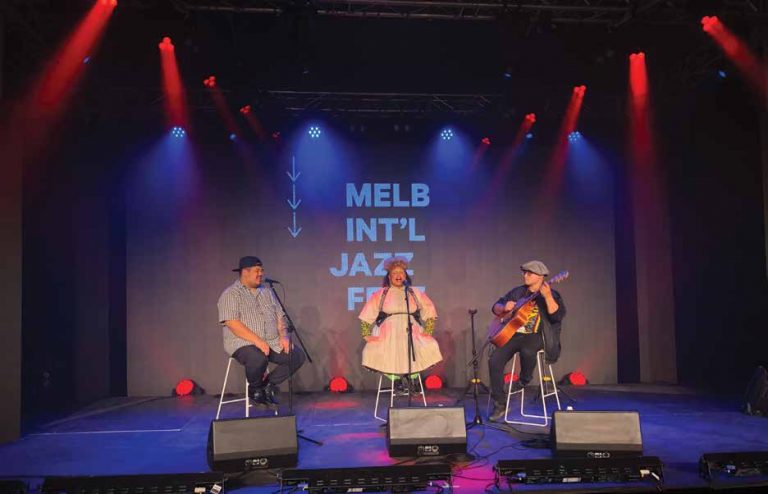 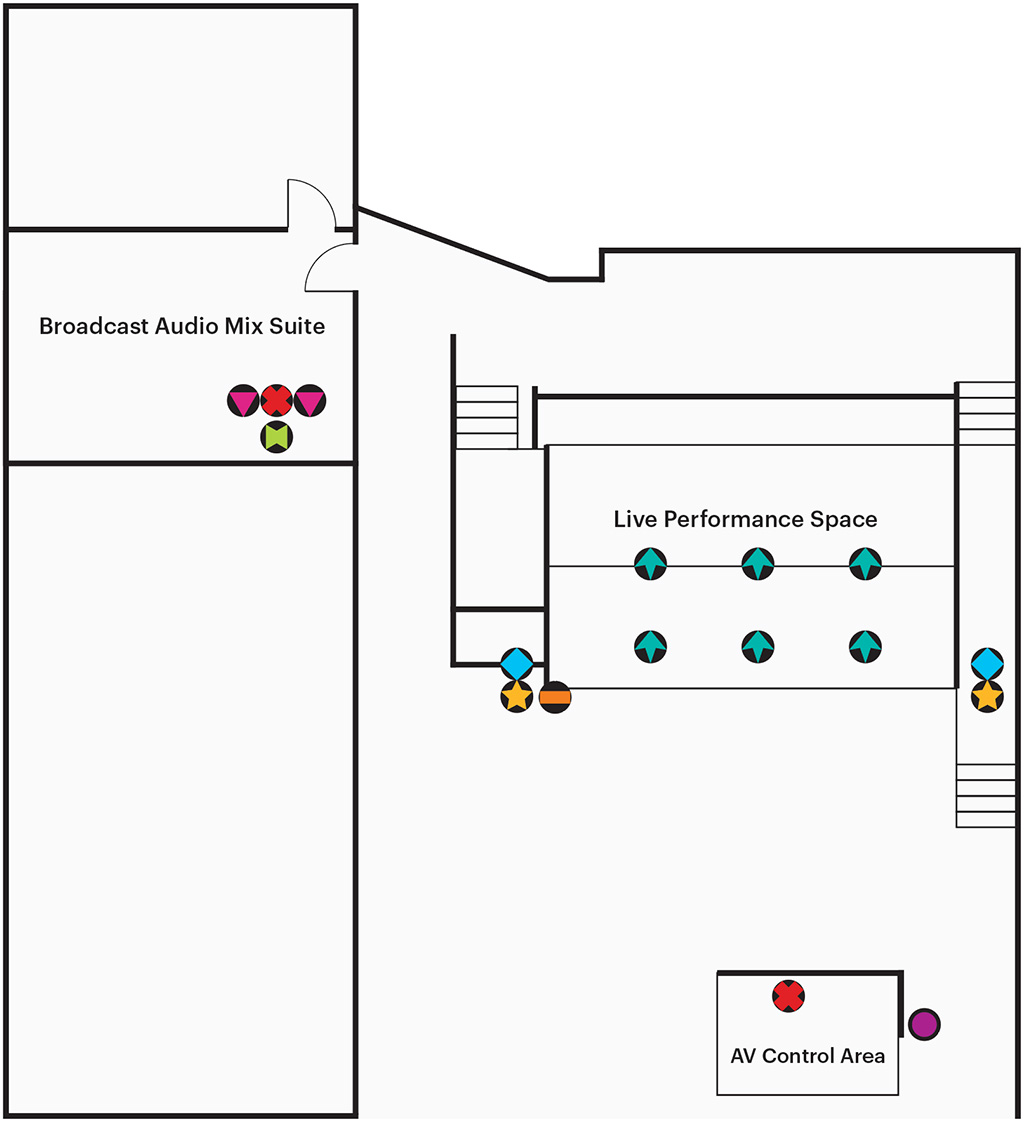