Top of the Cross

Home Portfolio Top of the Cross

Top of the Cross

Top of the Cross is the original auditorium space in the Woden site of Canberra’s prestigious Southern Cross Club. For over 30 years, the venue has been a go-to for a plethora of local and international artists, including recognisable names such as Slim Dusty, Rene Geyer, James Reyne, Vika and Linda Bull, Kasey Chambers, Vanessa Amorosi, Eric Bogle and some of the best jazz vocalists in the country and abroad.

Since last year, the club has engaged in extensive refurbishment projects across its Woden site. It’s an impressive hospitality and entertainment destination, with dining options for every taste such as The Clubhouse & Bar for gourmet burgers and woodfired pizza, to Henry’s Family Dining with a range of arcade games for kids to enjoy, to The Patio for a more formal, intimate dinner experience.

The last space to undergo a dramatic refurb at Southern Cross Club’s Woden site was Top of the Cross. Seating up to 350 people, the room is used as a spillover space for the larger Corinna Ballroom, while also fully capable of hosting self-sufficient dinners and functions.

“Top of the Cross is a bit more like the club’s cabaret venue,” says Darren Russell of Elite Event Technology, the Canberra based integrator tasked with installing Top of the Cross’s new PA. “Rather than putting small shows like an acoustic trio in the big cavernous ballroom, they’d put them in Top of the Cross so it’s a bit more intimate.”

A big plus to the space is its stellar acoustics. Noticeably quiet for a room its size, Top of the Cross provided a near-perfect acoustic canvas for a bold new PA to go into. But before hauling in speakers and subs, Elite Event Technology worked on acoustically optimising the room even further.

“When the club came to us for the refurb, they said they didn’t want to lose the acoustics of the room,” explains Darren. “Instead they wanted it to be as good if not better. We worked closely with Tim Kuschel from Guz Box Design on the acoustics of the room. When Tim first modelled the original room, he said he’d give it a percentage score of 96% – the only thing we could find wrong with it was a tiny bit of flutter effect between the ceiling and the dance floor. Now we can hand on heart say we fixed that flutter effect and now Tim said he’d give it about a 98% for amplified music.”

“We wanted an AV upgrade befitting of the space and the iconic character that is the Top of the Cross,” says Matt Walshe, General Manager of Facilities at Southern Cross Club. “The previous Meyer system was in excess of 30 years old and had done the space proud however, like all things, it was time for it to retire.”

Around the time EET was deliberating over a perfect FOH rig for Top of the Cross, d&b audiotechnik released its A-Series family of products. It was a perfect match for the project, even on paper.

“We worked with NAS Solutions to create an ArrayCalc plot for the room using A-Series,” says Darren. “The plot looked really good so we pitched it to the club, they accepted the quote, and it sounds bloody fantastic.”

The d&b A-Series AL-90 cabinets with their 90° horizontal dispersion gave the best result. Two hangs of two AL-90s per side comprise the main left/right PA system, while the width of the space necessitated a d&b Y10P centre fill. Low end is supplied by a pair of d&b B-22 subwoofers under the stage. Running the system are two d&b 30D four-channel amplifiers, configured with one to handle the four AL-90 boxes, and the other to power the Y10P and subs.

“It’s a lot of PA for the room but it sounds great,” remarks Darren. “We’ve been mighty impressed with A-Series. After tuning and commissioning it there are two EQ notches over the whole system and neither of them are more than 3dB. It just sounds fantastic.”

Matt Walshe says the freshly minted PA more than outperforms its predecessor. “You simply cannot compare the two! Firstly the d&b system fits and complements the space fantastically and secondly the sound quality is simply incredible. We cannot wait to get live acts back into this space to really put the system to the test. The room is iconic and it has supported many great acts over its 40-plus year history!”

For an integrator, few things are more satisfying than putting an elite PA system into a room that allows it to shine.

Darren: “Top of the Cross was always one of those venues where you could mic a band up, walk to the console, push the faders up to unity and it just sounded great. It’s a really good sounding room with great acoustics. Now we put a great speaker system in there and it’s a whole other level. The first time we fired it up all our sound guys stood in the room with big smiles on their faces thinking ‘I can’t wait to mix a show in here.’” 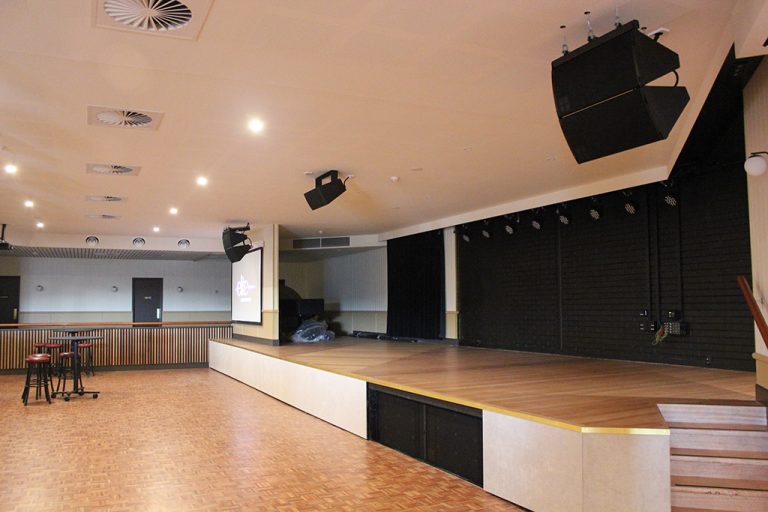 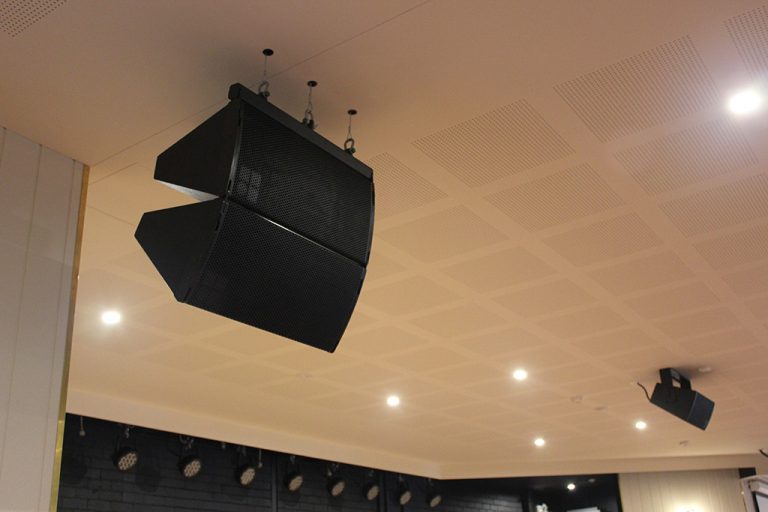 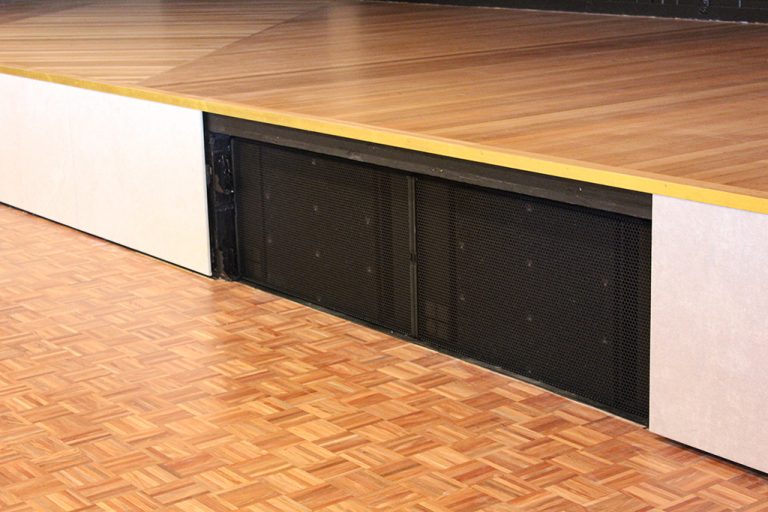 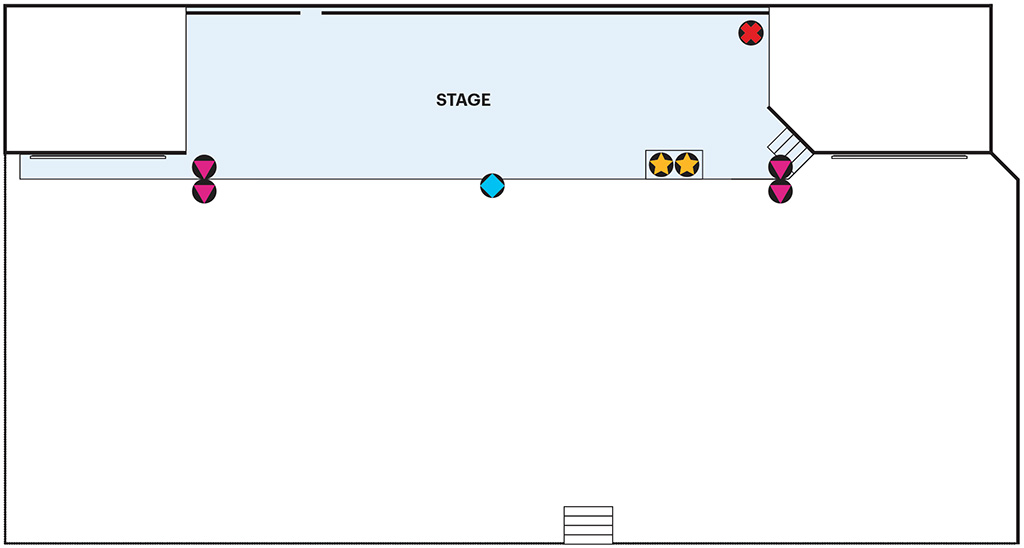