The Wesley Theatre is a busy Sydney conferencing and performing arts venue that has been in operation since 1990. Hired out most days of the working week, the 800-seat auditorium regularly hosts events ranging from single-microphone lectures to musical concerts. Every Sunday the auditorium holds both morning and afternoon worship services run by Wesley Mission.

While there was nothing ‘wrong’ with the resident PA system installed in 2000, David Prideaux, Technical Production Services Manager at Wesley Theatre recognised that the busy venue warranted an upgraded PA system to better service its clientele.

“There’s a large majority of speech that goes on,” says David. “But we also need the facility to cope with bands on the weekends and anything else that comes in like a musical show, dance recital or something that requires a fair bit of grunt behind the sound.”

Before weighing up the options for a new system, the Wesley Theatre team first settled on a few non-negotiable criteria.

“We make it a point that no matter where you’re seated in the theatre, you’re going to hear as well as anywhere else,” says David. “That was one of the things we looked for in a replacement system. The room has a bulkhead at the back which means we needed some delay speakers to cover the area which isn’t reached by the main PA.”

In addition, it was important the system didn’t pose a steep learning curve to regular or one-off clients hiring the auditorium. David comments, “The PA had to be easy to operate from an end user point of view because we have multiple users — ourselves as the technical department for the conference centre, but also the congregations have their own operators so they needed something that they would be able to turn on and off easily, as well as create presets.”

The team at Wesley Theatre auditioned a number of PA systems before settling on their choice of d&b loudspeakers.

“We looked at a few options and the d&b system came out as the best performer for what we required and fit within our budget as well,” says David. “We felt that the d&b system had a bit more clarity in the top end and midrange and didn’t lose any grunt in the bottom end from the subs. For the size of the subs, the fact that we’ve only got two on each side flown, it still produces a lot of bottom end.”

Doug Pringle from the NAS Projects Team designed a unique solution to ensure the coverage and SPL requirements were met, with the sale and installation done by the team from InPhase Audiovisual led by Matt Hamilton.

A d&b Yi7P is installed as a centre fill box, offering the same symmetrical dipole arrangement for low and mid directivity as the V-Series yet in a smaller and lighter cabinet. The Yi7P’s exceptional clarity in the vocal range makes it well suited to corporate and theatre applications.

Powering the left/right Vi7Ps and Vi- SUBs is a d&b D80 amplifier. The Vi10P down fills and Yi7P centre fill run off the mid-powered d&b 30D install amp.

“It’s a really compact system,” says David. “The fact that they got away with only having two boxes on each side, and they’re not even mounted side by side — they’re on top of each other — the horizontal coverage is pretty amazing.”

Two d&b 8S speakers are used as front fills, while a row of them are ceiling mounted as delays further into the auditorium for people sitting under the balcony. David is impressed by their sound. “They absolutely cook, those 8Ss. Even if you’re in the back corner up against the wall you’re still getting all that clarity. Lots of gain as well — you can hear everything loud and clear.” All delay speakers are powered by a d&b 10D install amplifier.

d&b’s R1 Remote Control software enables the Wesley Theatre AV team to nimbly adapt the system to the requirements of each client. “There’s a curtain midway through the theatre that cuts about 300 seats and takes off some of that back and side delay,” explains David. “The R1 software allows us to press a button, cut all those speakers out, and put it into the front only. Then another mode might be to have the whole theatre going in LCR mode. Or for bands, it’s just the left and right without the centre cluster.”

Among all the positive user feedback, one of the most obvious improvements brought by the new PA system is how quickly an operator can pull a good mix.

“It’s definitely easier to mix on,” says David. “There’s a lot less involved in order to get a good sounding microphone. We pretty much reset the desk back to zero to start again and there’s been much less EQing across groups and things like that. Hearing clients and other operators come in here and say the new system sounds great is the biggest take away for me personally.” 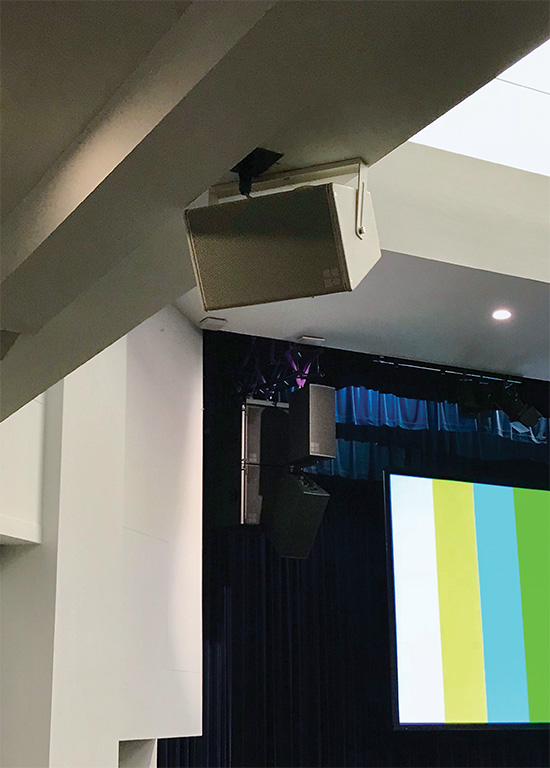 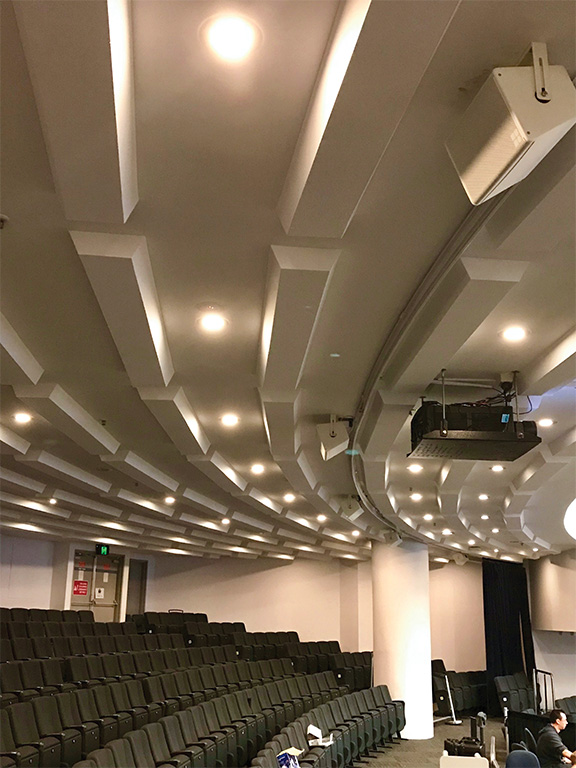 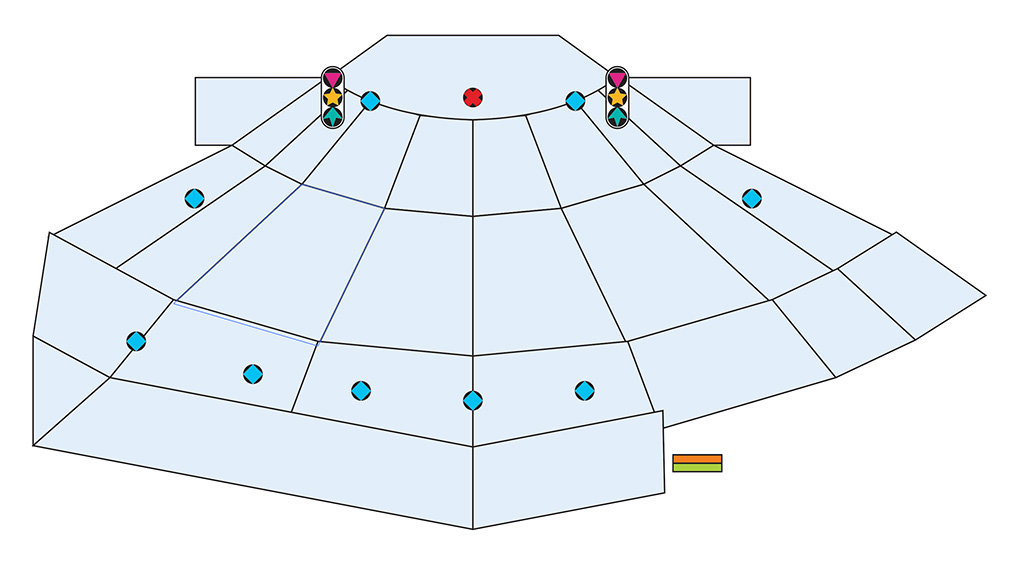 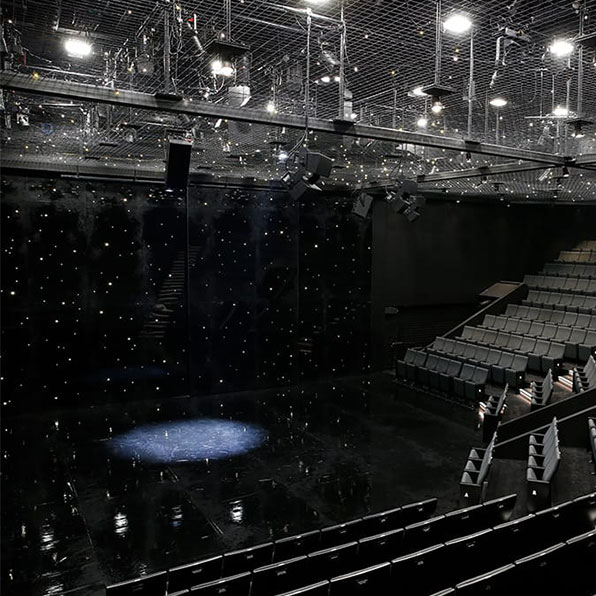 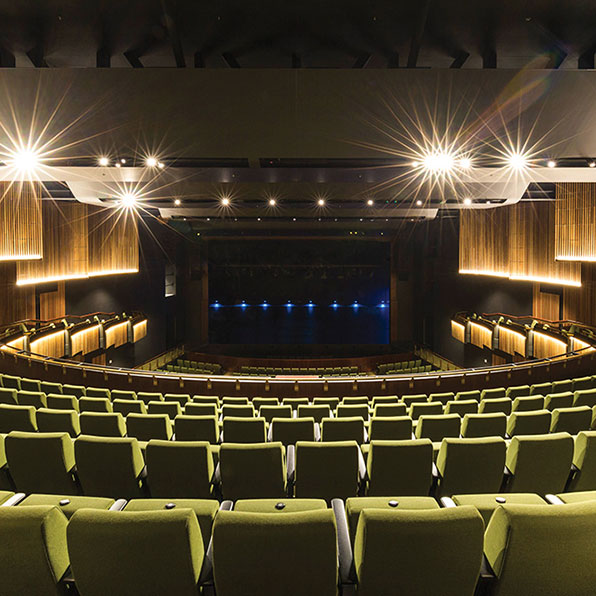 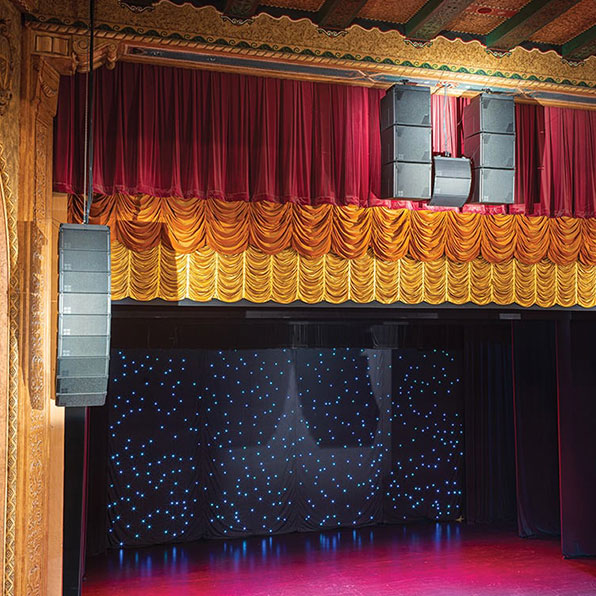